The Cabinet Committee on Economic Affairs (CCEA), headed by Prime Minister Narendra Modi, on Wednesday approved a Rs 5,500 crore package to address the surplus production and stock of sugar in the country. 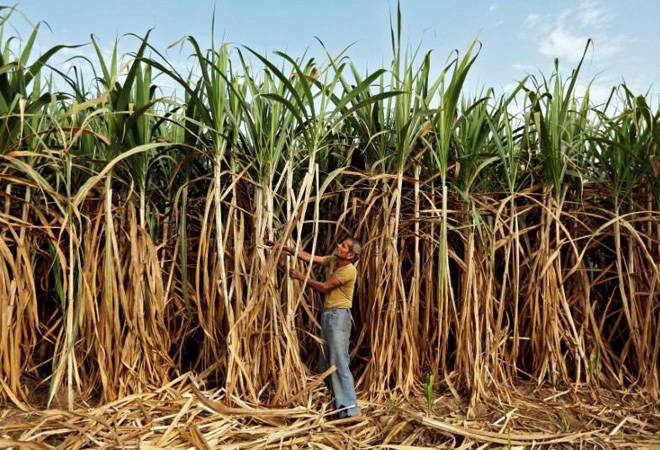 In third incentive package for sugar mills in four months, the Union government Wednesday announced a Rs 5,500 crore package for the sugar industry, including over two-fold jump in production aid to cane growers and transport subsidy to mills for exports.

The measures since June have ranged from higher price for ethanol extracted from sugarcane to financial assistance to sugar mills to create ethanol capacity and are aimed at helping the cash-starved mills clear Rs 13,000 crore they owe currently to farmers before the 2019 general elections.

The Cabinet Committee on Economic Affairs (CCEA), headed by Prime Minister Narendra Modi, on Wednesday approved a Rs 5,500 crore package to address the surplus production and stock of sugar in the country.

"Last and this year, sugar production is high. It is expected that sugar output next year will remain high. Therefore, a comprehensive policy has been approved by the CCEA to deal with the excess production," Finance Minister Arun Jaitley told reporters after the meeting.

A total assistance of Rs 5,538 crore has been approved to offset cost of cane and facilitate export, he said.

The government will provide financial assistance of Rs 13.88 per quintal cane crushed in 2018-19 marketing year to offset the cost of cane, as against Rs 5.50 per quintal announced for the current 2017-18, ending this month.

The total expenditure on this account would be about Rs 4,163 crore, an official statement said.

That apart, the Centre will provide assistance to mills by compensating expenditure towards internal transport, freight, handling and other charges to facilitate 5 million tonnes (MT) export during the 2018-19 (October-September).

The total expenditure on this account would be about Rs 1,375 crore, the statement said.

"To ensure payment of sugarcane dues of farmers, both the assistance would be credited directly into the accounts of farmers on behalf of sugar mills against cane price dues payable to farmers against FRP (fair and remunerative price) including arrears relating to previous years," it added.

With assembly elections due in some states and upcoming general polls in mid-2019, the government wants to address cane growers payment issue.

These steps will enable mills to boost sugar exports and clear cane arrears, which currently stand at Rs 13,567 crore. Mills in Uttar Pradesh owe the maximum at Rs 9,817 crore to cane farmers.

On the decision, Indian Sugar Mills Association (ISMA) Director General Abinash Verma said that the move will help reduce the industry's cane price liability by around five per cent over the next year's FRP of Rs 275 per quintal of sugarcane.

"This is the largest financial assistance towards FRP ever given by the government of India and will substantially reduce expenditure and working capital requirement of sugar mills in the next year," he said, adding that the transport subsidy will encourage mills to export sugar.

The industry is facing a glut-like situation because of record production of 32 MT in the 2017-18 marketing year (October-September), resulting in a closing stock of 10 MT at the end of this month.

India's sugar output is set to increase further to 35 MT in the next marketing year. The annual domestic demand stands at 26 MT.

The government has taken a slew of measures to bail out sugar mills as well as cane farmers in the last one year.

First, it doubled the import duty on sugar to 100 per cent and then scrapped the export duty on it. It also made it compulsory for millers to export two million tonnes of sugar even as global prices were low.

In June, the government had announced Rs 8,500 crore package for the industry, which included soft loans of Rs 4,440 crore to mills for creating ethanol capacity. It will bear an interest subvention of Rs 1,332 crore for this.

An assistance of Rs 5.50 per quintal of cane crushed was announced, amounting to Rs 1,540 crore to mills. Around Rs 1,200 crore was allocated for the creation of 3 MT buffer stock of sugar. The minimum selling price of the sweetener was fixed at Rs 29 per kg.

Earlier this month, the government had approved an over 25 per cent hike in the price of ethanol produced directly from sugarcane juice for blending in petrol, in a bid to cut surplus sugar production and reduce oil imports.