Cabinet reshuffle: Here's a list of new faces who could be part of PM Modi's team 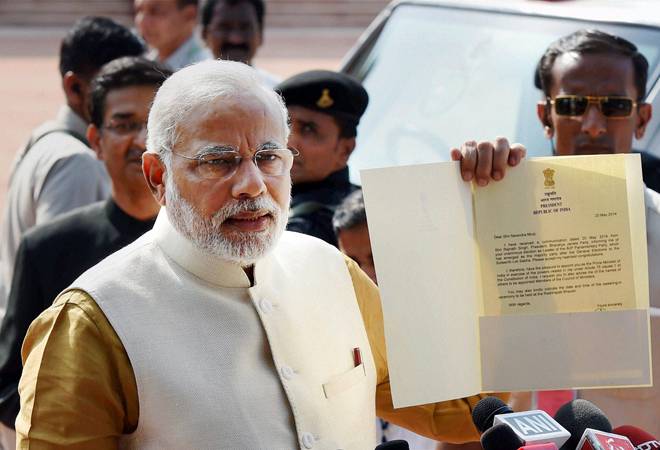 In what could be called a final cabinet reshuffle ahead of the general election 2019, Prime Minister Narendra Modi is set to surprise again with possible induction of new faces in the government on Sunday.

India Today came out with some names who could be part of Prime Minister Modi's team.

Bhupender Yadav: BJP general secretary Bhupendra Yadav is currently a Member of Parliament in the Rajya Sabha. He represents the state of Rajasthan in the Upper House since April 2012. He was also the in-charge of Bihar state and election management department of BJP. A lawyer by profession, Bhupendra was a counsel for the Indian government before Liberhan Commission. He also appeared as a lead lawyer before Wadhwa commission.

Vinay Sahasrabuddhe: BJP politician Vinay Sahasrabuddhe is a Member of Parliament in the Rajya Sabha. He represents the state of Maharashtra. Sahasrabuddhe looks after the good governance, central and state government program coordination and policy research initiatives at Bharatiya Janata Party as its national vice president. He is also in-charge of BJP, Madhya Pradesh.

Om Prakash Mathur: Om Prakash Mathur is a member of Rajya Sabha from Rajasthan. He was a pracharak with the RSS and later appointed as general secretary-in charge of the Gujarat BJP.

Pralhad Joshi: Three-time MP, Pralhad Joshi represents the Dharwad constituency of Karnataka and is the ex-president of the Karnataka state unit of the Bharatiya Janata Party.

LPG price hiked by Rs 7 per cylinder, ATF by 4%