CAD to come down to 2 per cent of GDP in FY14, says C Rangarajan 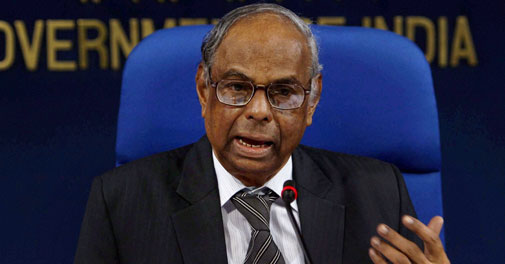 India's Current Account Deficit (CAD) is expected to be around 2 per cent of GDP during the current fiscal on the back of slackening imports and increased shipments, Prime Minister's Economic Advisory Council (PMEAC) Chairman C Rangarajan has said.

Both the government and the Reserve Bank of India (RBI) had taken steps to bring down gold imports, one of the major causes for the widening of the CAD in 2012-13.

"Certainly, the restrictions imposed on gold have helped in containing the import of gold. Therefore, any further changes in policy would depend up on the stability of Balance of Payments," Rangarajan, a former RBI Governor, said.

He said RBI would have "greater room to operate" vis-a-vis deciding on interest rates if the current declining trend in inflation persists.

"Containing inflation is one of the important objectives of monetary policy (of RBI). In pursuit of that, they have been following a policy. Therefore, they will take into account the behaviour of inflation and act accordingly. But inflation has shown a declining trend. If this trend persists RBI has greater room to operate," Rangarajan said.

He said the low growth period is over and one can expect better growth in the second half of the year.

"Even though the overall growth rate is fixed at 4.9 per cent a year, the second half growth rate will be in the range of 5.2 per cent. Therefore, the pickup in growth is already seen and there will be further growth next fiscal," the PMEAC chairman said.

Finance Minister P Chidambaram while tabling the Interim Budget had said CAD will be contained at $45 billion this financial year, well below the $88 billion level in FY13.

Rupee gains 5 paise against US dollar in dull trade

COMPAT to hear plea against Jet-Etihad deal on March 13