Cars, bikes, clothes, electronics: Everything's on discount thanks to GST

Several retail chains have advanced their end-of-season sales by a month to clear their inventory before the new tax regime kicks in. 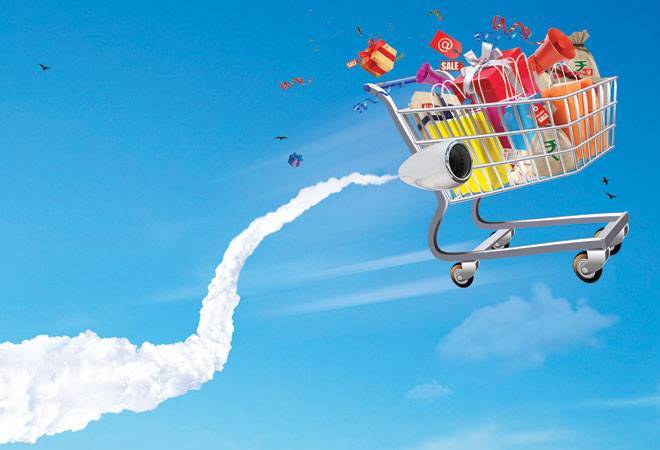 With the Goods and Service Tax (GST) just around the corner, both online retailers and brick-and-mortar stores have gotten into a discount frenzy. Several retail chains have advanced their end-of-season sales by a month to clear their inventory before the new tax regime kicks in. From offers like buy-one-get-one to flat 50% discount on apparels and footwear, the discounts on brick-and mortar stores are as lucrative as e-tailers.

Multi-brand retail outlets such as Lifestyle and Shoppers Stop have already started giving discounts on select brands in the range of 20-40 per cent. On some products, its Buy 2 Get 1.

Pantaloons has announced a 'pre-GST Preview Sale' from June 16 to June 18. The apparel company is also offering Free shopping vouchers worth Rs 6,000 on Rs 6,000 apart from upto 10% cashback on e-wallets and cards.

Electronic goods manufacturer Samsung has launched June Fest. The company is also warning of a price rise in July as the GST rate on products like ACs and refrigerators will be marginally more than the existing tax rate.

Vijay Sales, which operates multi-brand consumer durable retail stores is giving 25 to 30 per cent discounts on compressor-based products such as refrigerators and air-conditioners.

E-commerce websites are also cashing in on sales before ahead of the the Goods and Services Tax roll out.

Paytm Mall launched a 'Pre-GST clearance sale' on electronics and large appliances from June 13 to June 15. Customers stand to win cashbacks up to Rs 20,000 on items like TVs, consumer durables, laptops and more.

The e-wallet owned online market place is also offering a 40 percent cashback on watches from brands like Titan, Timex, and Giordano.

Flipkart has an ongoing a 9-day sale on fashion products from June 10 - June 18 to clear its inventories.

Products from around 50 brands, including Aeropostale, Vero Moda, Forever 21, Under Armour, Kenneth Cole, Crocs, Adidas are available on discounts in this sale.

Bajaj Auto Ltd on Wednesday announced a reduction in prices of its motorcycles from CT 100 to Dominar 400 by up to Rs 4,500 with immediate effect to pass on the expected benefit of GST to customers. Taxes on motorcycles shall reduce in most states with the implementation of the Goods and Services Tax (GST) from 1 July 2017, although benefits vary for each state, and differ across motorcycle models, Bajaj Auto said in a statement.

The company has decided to offer post-GST reduced prices to customers with immediate effect from 14 June 2017 itself, it added. "The savings will range up to Rs 4,500 depending on the model and the state in which the motorcycle is purchased," the statement said.

Meanwhile, several luxury car-makers are also offering heavy discounts on before GST kicks in from July.

Mercedes-Benz India has reduced prices by up to Rs 7.5 lakh of its locally assembled cars and SUVs. Its nine 'Made in India' models like CLA, GLA, C-Class, E-Class, S-Class, GLC, GLE, GLS and Mercedes-Maybach S 500 gets the price benefit from the new GST regime and get more affordable.

Jaguar Land Rover has also brought down prices of three of its models in India by up to Rs 4 lakh. Audi slashed prices of its cars by up to Rs 10 lakh till June 30. Isuzu Motors India is offering discounts of up to Rs 1.5 lakh on its models such as the newly-launched MU-X and the V-Cross.

Joining the club of carmakers elated about GST rollout, Ford India has announced discounts on its three models. The car maker will give Rs 30,000 off at most on its compact SUV EcoSport, hatchback Figo and sedan Aspire to pass on the benefit from tax cuts under GST.

BMW has cut prices by up to 12 per cent of ex-showroom prices. Since May 19, the German automaker is offering customers several incentive.

Petrol prices daily revision: How much will prices change, how do you check?