He said he would leave the office within the next two months by early September, even though his contractual term was co-terminus with the government. 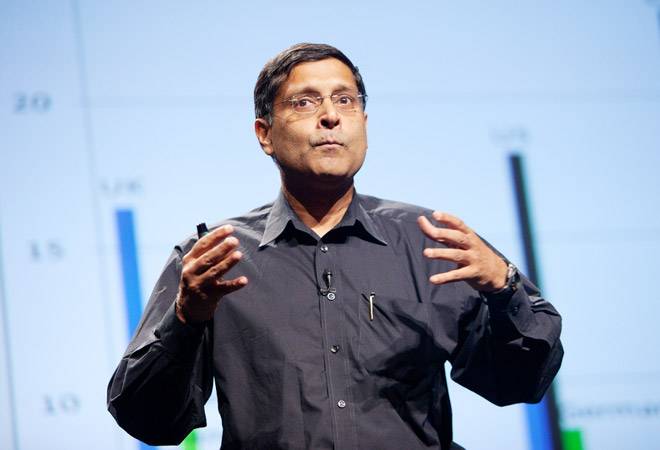 Chief Economic Adviser Arvind Subramanian has decided to quit the job, with close to a year of his tenure remaining, and return to the US for "very compelling reasons" -- the second high profile exit from government in less than a year.

He said he would leave the office within the next two months even though his contractual term was co-terminus with the government.

Subramanian was appointed as CEA, finance ministry, on October 16, 2014 for a 3-year term and was given an extension last year.

"My departure from this job is for entirely personal reasons. It is no secret that we are expecting our first grandchild in the early September. That's a very compelling reason that takes us back to old life of that used to lead of researching, writing, teaching and reflecting above all," he said.

Subramanian's official contract was till May 2019.

"The first person I mentioned this to was the Prime Minister after consulting Mr (Arun) Jaitley," he said, while expressing that this was the best job he ever had and probably ever will.

Earlier in the day Union Minister Arun Jaitley announced that Subramanian will be leaving the finance ministry after nearly 4 years because of "pressing family commitments" and return to the US.

Asked about his last date in the office, he said, "In terms of date, the hard deadline is early September, when the baby is going to arrive. We haven't exactly finalised. It would be over the next month or two. No firm date as yet has been fixed."

To a question on his future plans, he said, it will be revealed in the next few days.

"I am profoundly grateful and humbled by these extraordinarily generous words by Minister Arun Jaitley announcing my decision to return - for personal reasons - to researching and writing. CEA job was the most rewarding, fulfilling, exciting I have ever had," he said

Subramanian is the second key economic policy adviser to quit the job mid-way to return to the US. Previously, the then NITI Aayog vice chairman Arvind Panagariya had quit in August 2017, nearly two years before his term was to end. Incidently, both were handpicked after BJP government came to power in May 2014 and cited personal reasons for quitting the job ahead of tenure.

On unfinished agenda, he said, he would like to see office of CEA in every state.

"One thing which I wish we could have done... there was a lot of demand for creating the office of CEA in a number of states, a number of chief ministers were keen to have something like this and I wish I had more bandwidth, time and energy to kind of do this in the states as well. I hope it will happen going forward," he said.

On the recent talks of India aiming to touch double digit growth rate, he said it should certainly aspire for this.

Subramanian said: "It helps on so many fronts. To achieve double digit growth, you need two things, you need favourable external environment, which is not the case and you need to do a lot of domestic policy hard work at home.

"I think government has begun to do the latter but I think economic environment has deteriorated. So may be the task has become that more challenging. I would never say double digit growth is beyond the reach of India. We can but you would need both need external environment and ongoing sustained policy reform at home."

On global trade wars and growing protectionism, the CEA said: "I do think we need to think about what measures we need to take to cushion any adverse fallout. I think trade war will not happen internationally, but if it does, we have to find appropriate responses in terms of domestic polices as well."

When asked if he would be willing to take up assignment in the future in India, he said, he is always committed to serving the country.

On the Goods and Services Tax, he said many of the exempted sectors should come under this, as broader the base of GST, the better it is.

It is for the GST Council to take a call, he added.

On his proposal of setting up a bad bank two-and-a-half years ago to deal with bad loans, he said: "I was very passionate about that but the NCLT process offers a legal framework for resolving this bad bank might not have been able to do. I am very happy in this instance that an alternative idea gained traction and resolution process is moving well."

With regard to the Universal Basic Income proposed by him in the Economic Survey of 2016-17, he said, it didn't happen but it became a part of the policy discussion.

"The idea has been around. We just brought it in the more prominence. All policies will have to navigate through challenging times," he said.

'Did not bow down to bigotry': Airtel comes clean on tweet row