Delhi police have arrested a 27-year-old employee of a cash loading company over allegedly replacing real notes with fake notes in an ATM. 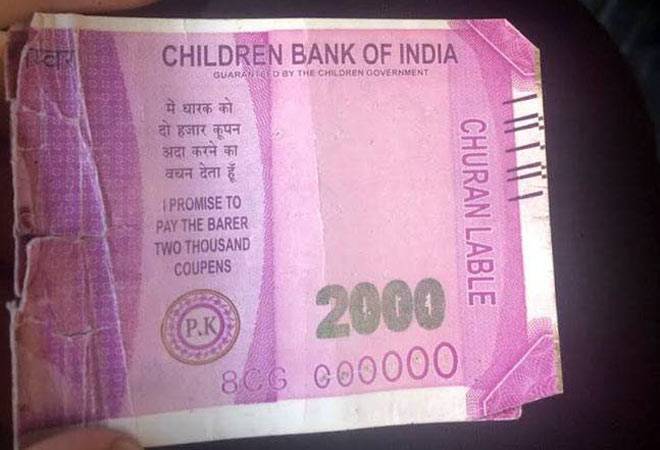 Delhi police have arrested a 27-year-old employee of a cash loading company over allegedly replacing real notes with fake notes in an ATM.

Earlier this week, reports said fake Rs 2000 notes, with 'Children's Bank of India' inscribed on them, were dispensed from an ATM on February 6 in Sangam Vihar area in New Delhi.

The accused was apparently on cash loading duty at the ATM on the day the fake notes were dispensed. The police have said nobody else had access to the notes on that day apart from the accused, Mohd Isha.

"No one else had access to the notes that day. He removed five genuine notes and replaced them with the bogus notes which are easily available in the market and are used by children for playing purposes," Romil Baaniya, DCP (South-East), said.

The fake pink colored notes, which was dispensed from the SBI ATM in Sangam Vihar, had 'Children Bank of India' written in place of Reserve Bank of India and the serial number was '000000'.

On February 6, a call centre employee had withdran Rs 8000 from the SBI ATM at Sangam Vihar. He later realised that all the four notes that the ATM dispensed were fake. He had immediately approached the police station nearby to report the matter.

A case of manufacturing documents resembling currency notes, using forged or counterfeit notes and of cheating was registered at Sangam Vihar police station under IPC sections 489-b, 489-e and 420.