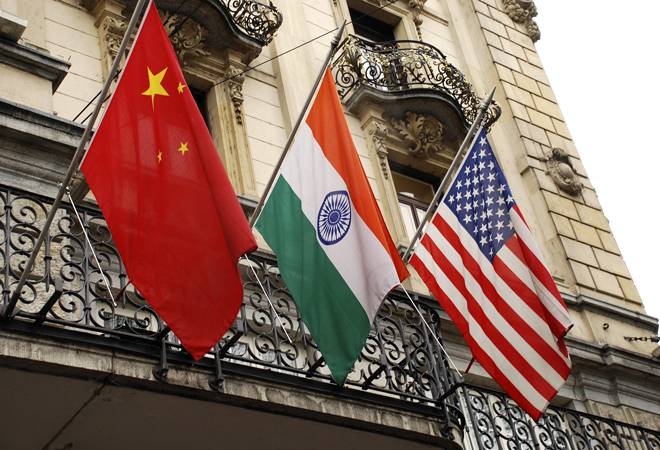 White House Press Secretary Kayleigh McEnany said that according to President Donald Trump the aggressive stance of Beijing against India and other countries in the region confirms the "true nature" of the Chinese Communist Party.

Against the backdrop of the standoff between Indian and Chinese troops in eastern Ladakh, she said the US was closely monitoring the current situation and supports its peaceful resolution.

The Indian and Chinese armies are locked in a bitter standoff in multiple locations in eastern Ladakh for the last seven weeks, and the tension escalated manifold after 20 Indian soldiers were killed in a violent clash in Galwan Valley on June 15. The Chinese side also suffered casualties but it is yet to give out the details.

"With regard to India and China, we are closely monitoring the situation. The president is doing so as well. And he said that China's aggressive stance along the India-China border fits the larger pattern of Chinese aggression and other parts of the world.

"These actions only confirmed the true nature of the Chinese Communist Party," McEnany said in response to a question during a news conference.

Earlier, during a Congressional hearing, US lawmakers expressed concern over the aggressive Chinese actions along the Line of Actual Control (LAC).

"This past month, China engaged in deadly clashes along the Line of Actual Control, resulting in the tragic deaths of a dozen Indian soldiers and an unknown Chinese death toll as well," said Congressman Adam Schiff, the chairman of the House Select Intelligence Committee, during a hearing on coronavirus and US-China relations.

Senior fellow at Brookings Institute Tanvi Madan told members of the House Select Intelligence Committee that since early May there has been attempts by the People's Liberation Army of China to "unilaterally change the status quo" along the LAC, the de facto boundary between the two countries.

This, along with the coronavirus pandemic have had and will continue to have an impact on Indian views and approaches towards China, the United States, and the international order, she said.

However, the pandemic and the boundary crisis have demonstrated that despite Delhi and Beijing's efforts over the last few decades to engage, India-China ties remains a fundamental and increasingly competitive relationship that can even spill over into conflict, she said.

Observing that the boundary crisis and the pandemic have reinforced and accelerated concerns in India about China's lack of transparency, Madan said it sends uncertain commitment to the rules-based order.

"The Indian government has signalled that the boundary crisis will have a serious impact on the broader relationship, particularly if the status quo ante is not restored speedily," she noted.

Informing the lawmakers that public perception about China have "deteriorated considerably", the Brookings Institute senior fellow said during the pandemic and the boundary crisis, Delhi has already imposed restrictions or additional scrutiny on Chinese economic and technology interests within the broader strategic community.

"In India, there is near consensus that ties with Beijing need to be reassessed and reset."

The boundary crisis and the pandemic have led to calls for India to maintain and even deepen its partnership with the US and for Washington to play a more sustained and robust role in ensuring that a rules-based order prevails in the region and globally, she said.

"Washington will be considering different scenarios. It should also assess what New Delhi might ask of it in each case, whether or not the US is willing to be responsive, and if it is, prepare for those contingencies," she said.

"If the US wants to be responsive or to show support to India, it should convey this willingness while taking care not to escalate the situation. Such support will facilitate a closer Indian alignment with the US in the future."

However, Washington should not try to push India into decisions or choices or let Delhi think it is taking advantage of the boundary crisis. That would be unhelpful if not counterproductive, Madan cautioned.

"How India deals with these health and national security crises as well as the choices and tradeoffs it makes will affect the US. It will offer opportunities, but potentially also challenges," she said.

The willingness of partners like India to cooperate with the US in the region and globally will depend not just on Chinese mis-steps but on Washington's' willingness and ability to respond, Madan said.

During the hearing, Congressman Raja Krishnamoorthi asked that without taking steps that would escalate the crisis, what can the US do to assist India to productively respond to this situation and get China to comply with a rules-based order.

Madan said that the ability for the US to be helpful to India has been enhanced by a number of agreements and dialogue mechanisms that have been set up over the last decade.

"The structure is in place. It's helpful often because there's a concern that this doesn't become a geopolitical football between the US and China, that the administration has taken the stance to let India set the base of asking for that support. That is a good idea," she said.