"We note that this is only a temporary relief to consumers as the domestic natural gas prices will almost be doubled from the current $4.2 from April 1, thus forcing the CGD companies to raise CNG/PNG prices to pass on the increased costs," Goldman Sachs said in a research note. 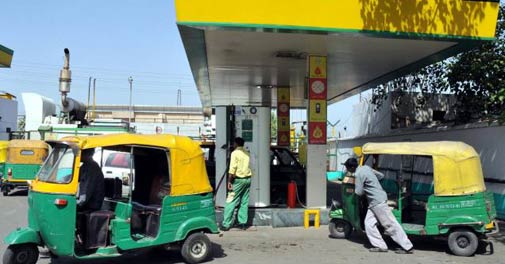 The cost of CNG, which will be reduced by up to Rs 15 per kg in the next few days following a rejig in natural gas allocation, will go up by Rs 10.6 a kg in April, when domestic gas prices almost double.

The oil ministry on Monday said city gas distribution (CGD) companies would get cheaper domestic gas to meet all of their requirements for CNG and piped natural gas (PNG) supplies to households compared with the previous limit of 80 per cent for most states.

As a result, Indraprastha Gas Ltd will cut CNG/PNG prices by about Rs 15 per kg and Rs 5 per cubic metre, respectively.

"We note that this is only a temporary relief to consumers as the domestic natural gas prices will almost be doubled from the current $4.2 from April 1, thus forcing the CGD companies to raise CNG/PNG prices to pass on the increased costs. In the absence of any offsetting subsidy, they would need to raise CNG prices by Rs 10.6 per kg and PNG prices by Rs 8 per standard cubic meter," Goldman Sachs said in a research note. It said the price of CNG in Delhi will fall to Rs 35.1 a kg from the current level and then rise to Rs 45.7 a kg in April.

Goldman Sachs estimates the price of locally produced natural gas will climb to $7.8 per million British thermal units in April from $4.2 currently after the Rangarajan formula for pricing domestic gas is implemented.

The formula calls for pricing all domestically produced natural gas at the average of international hub rates and the cost of imported liquefied natural gas (LNG) in India.

Oil Minister M Veerappa Moily said the price cut was possible because the government had decided to meet the entire need of CNG and PNG from domestic gas, which is subject to an administered pricing mechanism (APM). This eliminates the need to import costlier LNG.

Retail prices are set to fall in all states, except Maharashtra and Haryana, as city gas distributors stop buying higher-priced LNG and shift entirely to APM gas.

City gas entities in Mumbai and Pune as well as Faridabad in Haryana get all of their requirements from APM gas.

Goldman said the additional requirement of 1.92 million standard cubic meters a day of domestically produced gas will be met by cutting supplies to non-priority sectors.

"We note all non-priority sector consumers facing a pro-rata cut in their domestic gas supplies may not be able to substitute with higher priced LNG, likely leading to marginally negative impact on LNG growth," it said.