LPG subsidy latest: The All India Mahila Congress (AIMC) leaders protested outside the premises of Petroleum and Natural Gas Ministry office on Thursday. These protests were over the hike of LPG prices to the tune of almost Rs 149 per cylinder 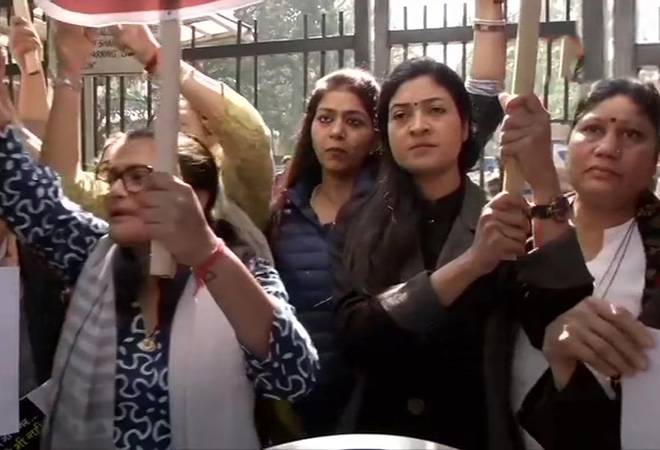 The All India Mahila Congress (AIMC) leaders protested outside the premises of Petroleum and Natural Gas Ministry office on Thursday over LPG price hike. The protesting leaders include the INC spokesperson Sushmita Dev and the Congress candidate from Chandni Chowk in the Delhi elections, Alka Lamba.

Delhi: All India Mahila Congress leaders, including Sushmita Dev and Alka Lamba, protest outside Ministry of Petroleum and Natural Gas office, against the rise in the prices of non-subsidised 14 kg Indane gas in metros which came into effect yesterday. pic.twitter.com/rs4Fl0cG0O

All those who have an annual income of Rs 10 lakh or above cannot avail the LPG subsidy offered to domestic users.

Also read: LPG consumption is bound to increase as base has been formed, Dharmendra Pradhan on CAG report