Due to its preparedness, China is being seen as a country that has moved into action faster than it used to earlier, investing more into healthcare and human resources to overcome the shortage of doctors, and arming itself with a better health surveillance system 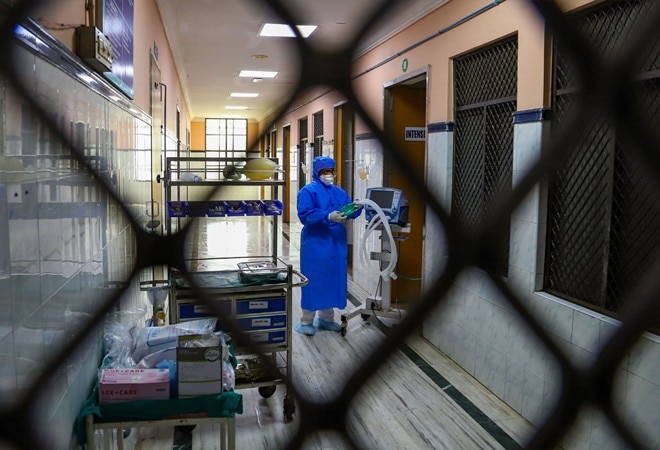 Do we need tragedies to learn and correct ourselves? Sadly, yes. At least, the story from China seems to suggest so. Healthcare experts, who have looked at China and India closely, tell us that China, which was the epicenter of the Severe Acute Respiratory Syndrome (SARS in quickspeak) in 2002, has since been investing in its healthcare. Therefore today, despite the challenges of patient volumes, overcrowded and stretched hospitals, is being seen as a country that has moved into action faster than it used to earlier, investing more into healthcare and human resources to overcome the shortage of doctors, arming itself with a better health surveillance system and getting a better grip on healthcare preparedness. There is much to learn from this for India.

It is all the more important as we are heading towards the end of lockdown and the coronavirus case load is still maintaining a rising trend, raising some concerns over the preparedness of India's healthcare system and infrastructure to handle the challenges that could emerge in the days ahead. Consider some of the points raised by Madhurima Nundy, fellow at the Institute of Chinese Studies in Delhi: India's public expenditure on health is at 1.2 per cent of GDP, whereas for China it is at 3 per cent of GDP, according to World Bank data. Speaking at a webinar on Wednesday, organised by the Institute of Chinese Studies, titled 'Pandemic Unfolds: Health Preparedness in China and India', she also says, "Investment in human resources related to healthcare in India has been showing a decrease but an increase in the Chinese."

This point, as experts often remind, needs to be read with the fact that it is not uniform across the states of India. Some like Kerala, Himachal Pradesh, Mizoram, Sikkim and Puducherry spend much more on health, some even double that of the national average of around Rs 1,765 per capita according to some studies. Others like Bihar, Uttar Pradesh, and even richer states like Maharashtra and others among the lowest spenders on health by the state.

But then, as Rama Baru, honorary fellow at the institute and professor at Centre of Social Medicine and Community Health at the Jawaharlal Nehru University, later explains:  "The decrease in the healthcare human resources cadre in India is not recent development. Since early 1990s, across some of the states in India, many of the roles, such as health inspectors, lady health visitors, male multipurpose worker, block educators - number of these positions, which were all part of the primary health team, have been steadily closing down in some states with no fresh recruits." All these were involved in community level detection and initial treatment. All these responsibilities are now left to an ASHA worker, who is not really a part of the public health cadre. Nundy, points out that for the community level surveillance, the Indian health services is dependent on ASHA workers today.

China in turn, which has to cope with overcrowded hospitals, is working towards incentivising out patient care through their insurance programme and ensuring that it gets to be given more at the community level (which is equivalent to an Indian primary health centre level). Also, there has been an "increase in investments in health sector as a post-pandemic measure in China, whereas in India there isn't much of an increase". What is also adding to the worry, as she points out is that the Indian measures are a repackaging of earlier schemes. Take for instance examples that experts point us to: Was not the ramping up of health and wellness centres a part of the Ayushman Bharat plan? And was not the move to launch the National digital mission part of the NITI Aayog's National Digital Health Blueprint for 2019?

Govt opens Aarogya Setu source code, but is that enough?