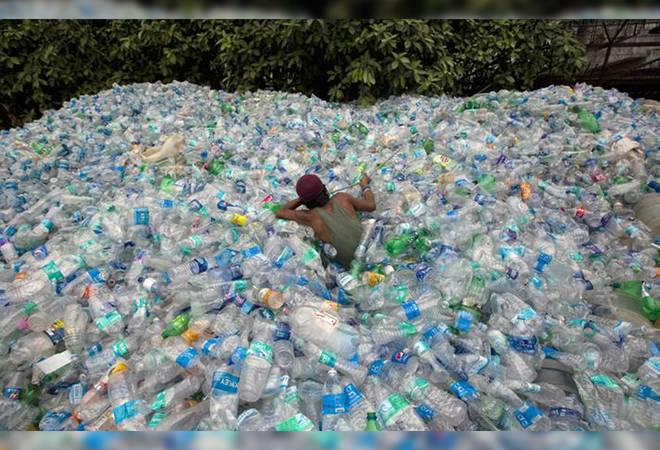 As Prime Minister Narendra Modi is reportedly set to ban the use of single-use plastic by October 2, the corporate India and public sector units have started aligning themselves with the PM Modi's goal of scrapping single-use plastic by 2022. The reported announcement on October 2 is going to be the first step - and certainly the most ambitious in the world - towards the pledge that the PM Modi took in his Independence Day speech. Corporate entities across the sectors, be it airports, airlines, hotels or start-ups, have chalked out plans to cut down on their use of single-use plastic - which is used to make bags, straws, bottles and cups that can be used just once.

The most recent entrant to the plastic ban club is state-run Air India, which has prepared an action plan to stop single-use plastic onboard its flight. Except two flights across its network, the national carrier plans to replace individual-sized 200 ml water bottles with larger 1,500 ml water bottles in all its flights. "Plastic tea cups will be replaced with sturdy paper cups. Banana chips and sandwiches are presently packed in a plastic pouch, which will be changed to butter paper pouches," Air India said in a statement.

Air India's plans come hot on the heels of the full-service carrier Vistara that has replaced small water bottles with paper cups in its flight beginning June. The airline had started using oxo-biodegradable plastic in its in-flight meals. Oxo-biodegradable plastic doesn't require biological process to degrade and is said to be decomposed in less than two years. In each flight, hundreds of meals are served, and airlines use high amount of plastic cutlery and plastic packaging for food and beverages. To move away from the plastic use - or at least minimising the usage - these two domestic airlines are contributing in their global efforts to minimise the dangers of plastic on the environment.

Airports in India too have been proactive in reducing the plastic usage. Delhi International Airport Ltd or DIAL, for instance, is working to be free of single-use plastic items by 2019-end. The Delhi airport said that its single-use plastic items include water bottles, packaged food, juice and cold drink bottles. Other airports are expected to follow suit.

In the last week of August, the global hospitality major Marriott International said that it is phasing out miniature bottles of shampoo, conditioner and bath gel in favour of larger, pump-topped bottles at its 7,000 properties worldwide by December 2020. Marriott, which serves over 1 million guests every day across 31 brands, started rolling out larger bottles in North America last year, and gradually more hotels will make the switch, including in India. "When fully implemented across the globe, Marriott International's expanded toiletry program is expected to prevent about 500 million tiny bottles annually from going to landfills; that's about 1.7 million pounds of plastic," the company said in a statement.

With 8 million tonnes of plastic entering the ocean every year, the perils of plastic over-use have caused global awareness, especially among large corporate groups. Last October, the UK-based Ellen MacArthur Foundation launched the New Plastics Economy Global Commitment that aims to stop plastic waste and pollution at source. It has already mobilised over 400 signatories - including companies representing 20 per cent of all plastic packaging produced globally - such as PepsiCo, The Coca-Cola Company, Unilever, Danone, H&M Group and L'Oreal.

To tackle the growing menace of plastic waste in urban and rural areas, the government issued the plastic waste management rules in 2016, which were amended two years later. The government also plans to establish a national marine litter action campaign to cover 7,500-km coastline and a programme to measure how much plastic enters coastal waters. Many of these programmes are not expected to deliver on the promise since the behavioural shift towards the use of lesser plastics, especially at the household level, is taking time.