India's daily new cases continue to rise and a record 1,84,372 fresh coronavirus cases were registered in a span of 24 hours 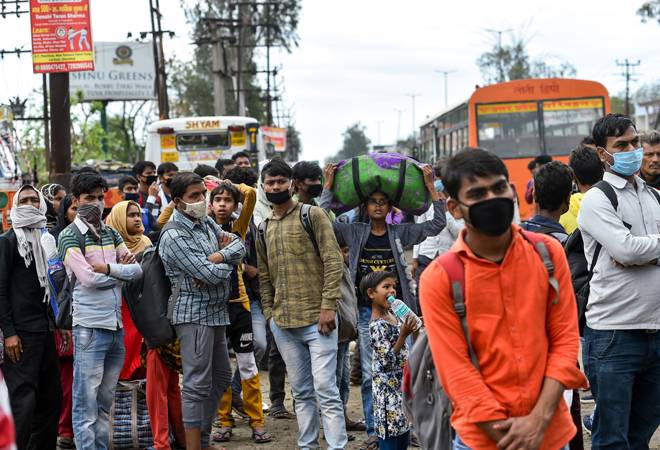 A net increase of 1,01,006 cases has been recorded in the total number of active cases in a span of 24 hours

Ten states, including Maharashtra, Uttar Pradesh, Chhattisgarh, Karnataka and Kerala, have shown a steep rise in daily new COVID-19 cases accounting for 82.04 per cent of the fresh infections being reported in a day, the Union Health Ministry said on Wednesday.

India's daily new cases continue to rise and a record 1,84,372 fresh coronavirus cases were registered in a span of 24 hours. Maharashtra has reported the highest daily new cases at 60,212, followed by Uttar Pradesh with 17,963 while Chhattisgarh reported 15,121 new cases.

Maharashtra, Chhattisgarh, Uttar Pradesh, Karnataka and Kerala cumulatively account for 68.16 per cent of India's total active cases, the ministry said. Maharashtra alone accounts for 43.54 per cent of the total number of active cases of the country.

"In the country's bid to flush out COVID-19 cases, another milestone has been reached today. The country has crossed 26 crore tests," the ministry said.

Ten states account for 86.08 per cent of the new deaths. Maharashtra saw the maximum of 281 fatalities. Chhattisgarh follows with 156 daily deaths, the ministry said.

On the other hand, the total number of COVID-19 vaccine doses administered in the country has crossed 11 crore. Cumulatively, 11,11,79,578 vaccine doses have been administered through 16,53,488 sessions, according to the provisional report till 7 am.

Eight states -- Maharashtra, Rajasthan, Uttar Pradesh, Gujarat, West Bengal, Madhya Pradesh, Karnataka and Kerala account for 60.16 per cent of the total doses given so far in the country, the ministry said.

India under PM Modi more likely to retaliate with military force to Pakistan: US intel report