Coronavirus cases in India hit a record daily high since the outbreak of the pandemic with over one lakh new infections pushing the nationwide tally to 1,25,89,067, according to Union Health Ministry data updated on Monday 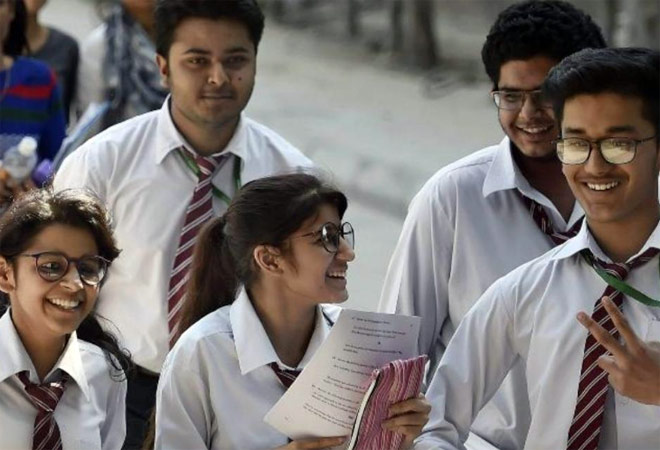 Several states and union territories, including Maharashtra, Punjab and Delhi, have announced closure of schools or suspended classes briefly till the COVID-19 situation is further reviewed in the wake of rising cases across the country.

Coronavirus cases in India hit a record daily high since the outbreak of the pandemic with over one lakh new infections pushing the nationwide tally to 1,25,89,067, according to Union Health Ministry data updated on Monday.

While a few states and union territories like Delhi, Gujarat, Tamil Nadu have announced closure of schools for an indefinite period, Uttar Pradesh, Rajasthan, Bihar and Punjab, among others, have suspended classes for a brief period. Schools have been directed to impart education through online classes in view of the situation.

In a presentation made by the ministry during the last review meeting of the cabinet secretary with states and union territories, it said Maharashtra and Punjab are the two worst-hit states in terms of their share in the total number of new cases and fatalities in the country in the last two weeks as on March 31.

The Delhi government had last week announced that no student will be called to school in the new academic session till further orders.

On Sunday, the national capital had recorded 4,033 coronavirus cases, the highest daily count this year, while the positivity rate rose to 4.64 per cent from 4.48 per cent a day ago, according to the Delhi health department.

The administration of the union territory of Jammu and Kashmir has announced that all schools for students up to class 9 will remain closed for two weeks from April 5.

In Maharashtra, which recorded 57,074 coronavirus cases, only students of classes 10 and 12, and candidates preparing for the MPSC exam will be allowed to carry out their regular academic activities.

While in Gujarat, school for students of classes 1 to 9 have been shut for an indefinite period, the Rajasthan government has also suspended school for the same classes from April 5 to 19.

The Bihar government has deferred reopening of schools and colleges from April 5 to April 11. The Karnataka government, has taken a slew of decisions including shutting down boarding and residential hostels for primary and secondary schools and optional attendance for students of classes 10, 11 and 12.

Schools and colleges in Chhattisgarh were ordered to be closed by the state government on March 22 due to a surge in COVID-19 cases. The government has not communicated any date for the reopening of educational institutes yet.

The union territory of Puducherry had asked all schools to close from March 22. The schools have only been closed for students of classes 1 to 8 while the lessons for higher classes are being conducted.

Schools across the country closed in March last year ahead of a nationwide lockdown to contain the spread of the novel coronavirus. The schools remained closed for months and teaching and learning continued online. Several states started reopening schools partially in October last year.

Class 10 and 12 board exams which usually happen in February-March are scheduled to be conducted in May-June this year.