Prime Minister Narendra Modi's government has been instructing banks to increase lending, but bankers say they are choosing to be cautious 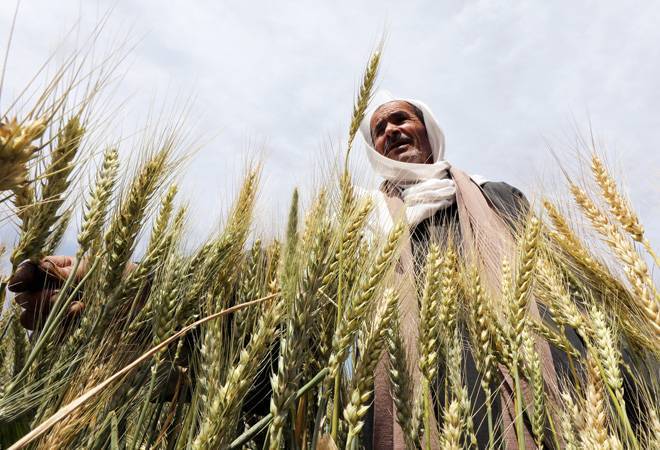 Agriculture accounts for near 15% of India's $2.8 trillion economy and is a source of livelihood for more than half of its 1.3 billion people

Last month, Dnyaneshwar Siddhanth, a farmer from Maharashtra, was in desperate need of money to buy seed and fertilizer as the monsoon sowing season approached. But after being rejected by his bank for a loan despite several attempts, Siddhanth finally borrowed 150,000 Indian rupees ($2,021) from a moneylender at a rate of 60% annually.

Amid India's worst economic slowdown in decades due to the novel coronavirus pandemic, millions of farmers like Siddhanth are being shunned by banks as lenders turn cautious due to rising bad loans. That is forcing them to turn to illegal moneylenders who are charging increasingly exorbitant rates, according to over a dozen farmers and bankers that Reuters spoke to.

Agriculture accounts for near 15% of India's $2.8 trillion economy and is a source of livelihood for more than half of its 1.3 billion people. Higher interest rates will reduce farm earnings, impacting overall rural incomes which are key to reviving the economy. "Most of the profit goes to paying interest to a private moneylender," Siddhanth said. "Everything now depends on monsoon rains. If the crops fail, then I will have to sell land to repay the loan."

Till last year private moneylenders were charging 24-36% interest, but are now asking for 48-60% as more farmers seek loans, said Prashant Kathe, another farmer who has borrowed 300,000 rupees at a 60% interest rate. Typically, banks charge anywhere between 4-10% for crop related loans.

Prime Minister Narendra Modi's government has been instructing banks to increase lending, but bankers say they are choosing to be cautious. Economists forecast India's economy to shrink by 5.1% in the current fiscal year, the weakest performance since 1979.

Lenders also complain that they are caught up by farm loan waiver schemes announced by several governments to win over farmers ahead of elections. "Even though some of the states announced the scheme years ago, the money has still not reached the bank so technically the farmer's account is a non-performing asset for us and we can't give more loans till the outstanding is cleared," said the head of agriculture lending at a large state-owned bank.

Last year, the government in India's richest state, Maharashtra, had announced that banks will write off loans of up to 200,000 rupees to distressed farmers. Siddhanth, who already owed a bank 178,000 rupees from a previous loan, was covered under the scheme. However, the state government is yet to provide funds to repay it, and nearly one-third of the loan remains outstanding.

As of October 2019, 10 states that had announced farm loan waivers since 2014-15 had yet to complete the promised loan write-offs, according to local media reports. "Only about 30-35% of the promised amount by the various state governments has been sanctioned to the bank," said a senior banker who didn't wish to be identified.

"There is reluctance to lend in the agri segment due to poor asset quality, as a result banks are more keen to lend if there is gold as collateral, but otherwise fresh lending in the segment has been tepid," said Anil Gupta, analyst at credit rating agency ICRA. Between March and June this year, lending to the agriculture sector contracted 1.8%, according to the Reserve Bank of India. During June 2019-2020, lending to the sector grew by 6.7% compared to 11% in the same period the previous year.

Coronavirus crisis: Rajasthan to reopen all religious places from Sept 7