The COVID-19 crisis has hit the Indian bureaucracy badly with many key officials infected by the coronavirus, slowing decisions on privatisations, among other proposed reforms 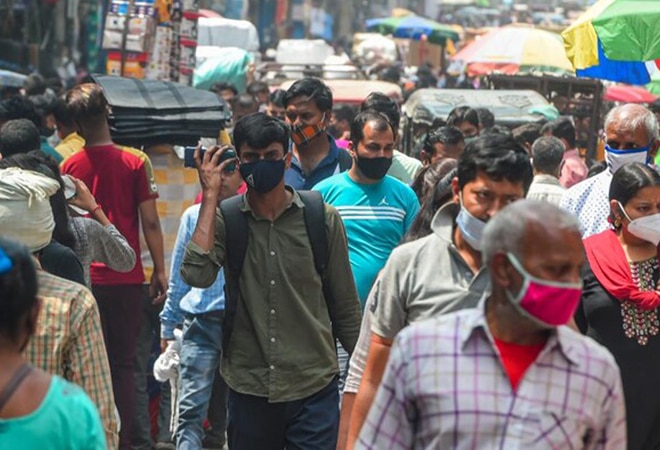 With many parts of India under varying degrees of lockdown, most of the growth projections that the budget was built around are now mired in uncertainty

India's annual budget in February was lauded by many and raised hopes it would drive a sharp economic revival, but there are now fears that its promise may fall flat as it did not account for a crippling second wave of Covid-19 infections.

The budget aimed to revive Asia's third-largest economy via investing in infrastructure and health care, while relying on an aggressive privatisation strategy and robust tax collections - on the back of projected growth of 10.5 per cent - to fund its spending in the fiscal year.

Finance Minister Nirmala Sitharaman said India would not see such a budget in "100 years." At the time, a massive Covid-19 vaccination drive and a rebound in consumer demand and investments had put the economy on track to recover from its deepest recorded slump.

The South Asian country is battling the world's second highest coronavirus case load after the United States, recording some 300,000 cases and about 4,000 deaths a day. With many parts of the country under varying degrees of lockdown, most of the growth projections that the budget was built around are now mired in uncertainty.

The extent of the crisis is even making investors question whether, after years of debt accumulation, India, once expected to become an economic superpower, still deserves to cling on to its 'investment grade' status.

Earlier this week, Moody's said India's severe second wave will slow the near-term economic recovery and could weigh on longer-term growth dynamics. It cut its GDP forecast to 9.3 per cent from 13.7 per cent.

While the government maintains it is too early to revise its own numbers, officials privately concede growth will be much more muted than previously anticipated if social distancing measures continue.

Besides providing 350 billion rupees ($4.78 billion) in the budget for vaccination costs, the government did not specifically dedicate any funds toward contingencies arising from a second wave and now may have to cut back on some expenses, officials said.

India's finance ministry did not respond to a request for comment.

The health crisis has also hit the Indian bureaucracy badly, with many key officials infected by the coronavirus slowing decisions on privatisations, among other proposed reforms.

Two senior officials said the privatisation of assets such as oil refiner Bharat Petroleum Corp and national carrier Air India, where processes are well advanced, may now be pushed into early 2022 - some three months later than previously planned.

"The virtual data room for BPCL has been opened for initial bidders but given the lockdown, physical verification of assets is unlikely right now," one of the officials said.

The delays will affect a series of other privatisation plans, including two banks, insurance and energy companies, that are at the centre of reforms proposed by the budget and that are key to achieving the roughly $24 billion target from privatisations and asset sales, the officials said.

The crisis is also likely to delay the listing of India's largest insurer Life Insurance Corp, which was expected to raise $8-$10 billion, they said.

Another official said the lockdowns will start affecting tax collections by June, potentially lowering revenues 15%-20% from what was estimated for the quarter.

With the projected fiscal deficit target pegged at 6.8% of gross domestic product and a soaring borrowing programme, delays in the privatisation plan and the anticipated shortfalls in tax revenues are already prompting cuts to some of the government's previously earmarked expenses, two officials said.

"We are looking to press a pause button on some of our non-priority spending," one of the officials said.

The government is renewing its focus on relief measures and higher spending toward immediate health care needs like oxygen plants, and temporary COVID-19 centres, one of the officials said, adding that the government's plans to provide relief on fuel prices by cutting some taxes have also been deferred.