India's military might and rich cultural diversity were in full display during the dazzling 68th Republic Day celebrations in the national capital which had Crown Prince of Abu Dhabi Sheikh Mohamed bin Zayed Al Nahyan as the Chief Guest. 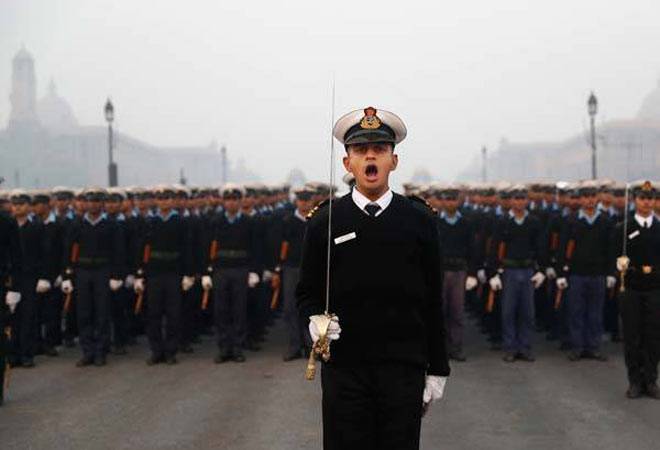 India's military might and rich cultural diversity were in full display during the dazzling 68th Republic Day celebrations in the national capital which had Crown Prince of Abu Dhabi Sheikh Mohamed bin Zayed Al Nahyan as the Chief Guest.

Light rains and overcast skies failed to dampen the enthusiasm of thousands of spectators who witnessed the nearly one-and-half hour-long parade that marched down the majestic Rajpath, India's ceremonial boulevard, amid unprecedented security cover.

A major highlight of the parade was 149-member marching contingent from UAE comprising personnel from Presidential Guards, the Air Force, the Navy and Army. They were led by a band comprising 35 musicians from that country. For the first time a contingent of the National Security Guard (NSG), popularly known as the Black Cat Commandos, was part of the march past.

The parade also saw the fly-past of three LCA Tejas Aircraft flying at a height of 300 metres in 'Vic' formation and the Airborne Early Warning and Control System (AEW&C) developed by DRDO. 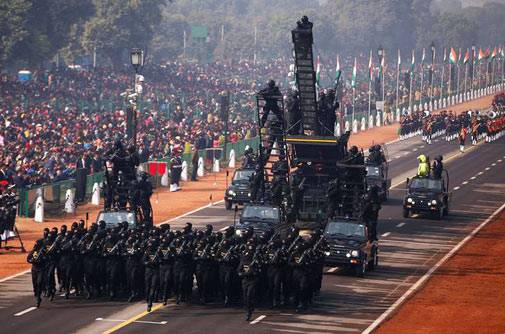 Tableaux from 17 states and Union Territories and six central ministries and departments showcased the varied historical, art and cultural heritage of the country. Goods and Services Tax (GST) was the the theme of the tableau of Central Board of Excise and Customs.

21 of the 25 children who won the National Bravery Award also participated in the parade. Four children have received the award posthumously.

The grand finale of the parade was a spectacular flypast by the Indian Air Force which displayed various formations like 'Chakra' and 'Vic' leaving the spectators spell-bound.

The theme of IAF tableau was "Air Dominance Through Network Centric Operations" and it displayed the scaled down models of Su-30 MKI, Mirage-2000, AWACS, UAV, Apache and Communication Satellite.

As per tradition, after unfurling the National Flag, the National Anthem was played followed by a 21 gun salute.

The Navy contingent comprised 144 young sailors and it was led by Lieutenant Aparna Nair.

Tableaux from states, Union Territories and Union ministries presented the historical, art and cultural heritage of the country.

In the children's pageant section, about 600 boys and girls drawn from three schools in Delhi and a group of school children from South Central Zone Cultural Centre, Nagpur performed colourful dances on varid themes.

The splendid driving skills of 'Dare Devils'--the motorcycle display team of Corps of Military Police was a major attraction of the parade.

The 'Netra', an Airborne Early Warning and Control System aircraft also known as "Eye in the Sky" was one of the major attractions.

It was followed by the 'Globe Formation' comprising one C-17 Globemaster flanked by two Su-30 MKIs. Next in line was the fighters, where five Jaguars flew in arrowhead formation, while five MiG-29 fighters flew in fulcrum style.

It was followed by the breathtaking 'Trishul' formation comprising three Su-30 MKIs.

The flypast concluded with another Su-30 MKI carrying out a 'Vertical Charlie' manoeuvre over the saluting dais. The ceremony culminated with the national anthem and release of balloons.

Minutes before the parade began, the Prime Minister, Defence Minister Manohar Parrikar and chiefs of army, navy and air force laid wreaths at 'Amar Jawan Jyoti', the war memorial at the India Gate where an eternal flame burns in memory of those who laid down their lives defending the frontiers of the nation.

A massive ground-to-air security apparatus was put in place in the national capital turning the city into virtually an impregnable fortress. Snipers of National Security Guard were deployed at all high-rises along the parade route.

The arrangements were made to ensure an incident-free Republic Day celebrations and foolproof security. As part of the multi-layered security, around 60,000 security personnel were deployed across the city.

The unfurling of the tricolour by the President and playing of the national anthem were followed by a customary 21-gun salute.