The importer -- Indian Agarbatti Manufacturers, Bengaluru -- had declared to the Customs that these containers contained Joss powder and Premix powder for making incense sticks 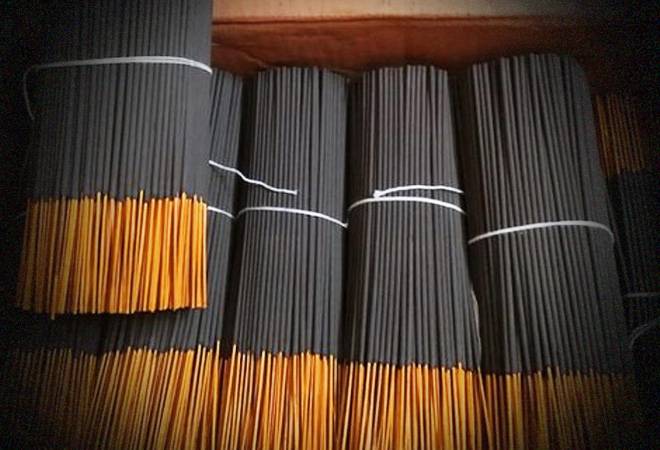 The customs department has busted a major Agarbatti smuggling racket and arrested the father-son duo of Bharat H. Shah and Ronik Shah. The department has seized 161.94 MT of Agarbattis and 68.36 MT of Agarbatti Powder, which they had illegally imported from Vietnam. The seized goods were concealed in six containers which landed at the Chennai port.

The importer -- Indian Agarbatti Manufacturers, Bengaluru -- had declared to the Customs that these containers contained Joss powder and Premix powder for making incense sticks. Normally 15% customs duty is charged on Joss powder, but there's no charge under the Free Trade Agreement (FTA) with ASEAN countries, which includes Vietnam.

The customs department said that the importer was trying to take advantage of the FTA and use the items covered thereunder to conceal and smuggle restricted Agarbattis. Agarbattis are placed in the restricted list of imports since August last year and cannot be imported without a licence.

The customs department acted on intelligence received from its sources that some importers were illegally smuggling Agarbattis from Vietnam even after the item was restricted for import. It used used data analytics to identify the importer Indian Agarbatti Manufacturers, and then kept a tight watch on its six imported containers that had landed at Chennai port. The importer had declared that the containers had Joss powder and premix powder for making incense sticks, but they had concealed huge quantities of undeclared Agarbatttis and Agarbatti powder with the consignment.

Later the customs officers searched the office and residential premsies of the importer at Bengaluru and apprehended Bharat H Shah and his son Ronik Shah.

The seizures and arrests are part of a nationwide drive by the Customs to stop smuggling of Agarbattis, which are on the restricted list of imports. The government fears that importers are misusing ASEAN FTAs to import goods from China and other non-Asean countries. It's even reviewing some of the FTAs. Many Indian manufacturers have demanded complete withdrawal from such FTAs.

44 Vande Bharat trains to be functional in next three years: Indian Railways