Known for his cyclone forecasts, Mohapatra leads the Cyclone Warning Division of the IMD; the 54-year-old Scientistwill assume charge in August 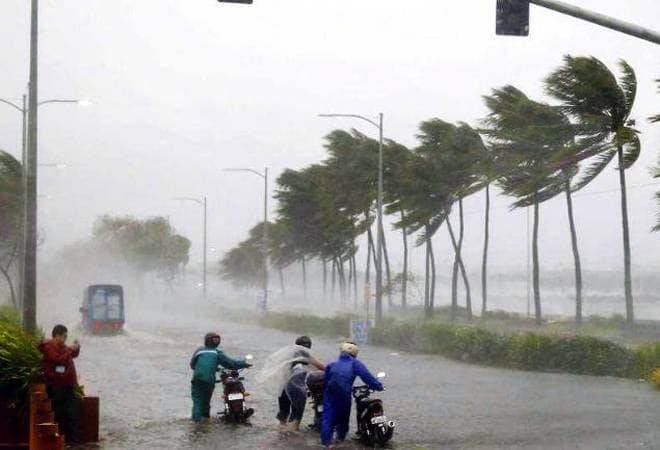 Renowned scientist and cyclone warning specialist Mrutyunjay Mohapatra was appointed as the chief of India Meteorological Department (IMD) on Tuesday, according to a Personnel Ministry order.

Mohapatra and his team at the Cyclone Warning Division of the IMD have earned praise for their accurate forecasts on cyclones, its wind-speed and likely impact on life and property including during the recent cyclone 'Fani', when their timely warnings enabled the authorities to ensure early evacuation of millions of people.

He will assume charge in August.

The IMD is responsible for weather and climate-related forecasts in the country. It is also mandated to issue warning to people about severe weather phenomenon like cyclones, dust storms, heavy rain and snow, cold and heatwaves, among others.

Besides strengthening the IMD's infrastructure, Mohapatra said his priority will be to improve the dissemination of weather-related information -- from nowcasts to weather forecasts --, focus on sector-related forecast and give impact-based prediction in all areas.

Through sector-related forecasts, the IMD intends to give predictions on specific areas e.g. information for transport systems like trains. The IMD currently gives impact-based predictions only for cyclones.

Known for his cyclone forecasts, Mohapatra leads the Cyclone Warning Division of the IMD.

Over the last six years, the CWD has given accurate forecasts on cyclones including when Phailin (2013), Hudhud (2014) and Titli (2018) hit the eastern coast.

Prior to joining the IMD, Mohapatra, who did his Masters in Physics, joined the Defence Research and Development Organisation (DRDO) laboratory in Chandipur.

"This was also the time that the first Agni missile was tested in 1988. After the successful test, (former president and then a senior scientist at the DRDO) Dr APJ Abdul Kalam shook hands with everyone in the team," he said.

However, his calling was meteorology. His village in Bhadrak district of Odisha was often battered by cyclones that brought deaths and large scale destruction. This strengthened his resolve to become a weather forecaster, Mohapatra added.