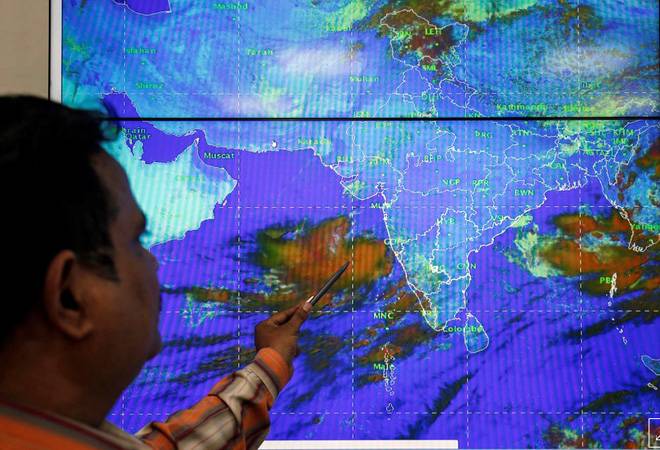 Air passengers to and from the megapolis had a tough time Wednesday as nearly 400 flights were affected due to bad weather caused by the cycle Vayu which hit the neighbouring Gujarat coast, according to an airport official. The city airport is one of the busiest in the country handling over 900 aircraft movements daily.

The official said as many as 194 departing flights and 192 arrivals were delayed in the wake of the bad weather due to the cyclone Vayu. At least two flights were diverted from the city, the official said. Meanwhile, the approaching cyclone has forced the Gujarat government to evacuate as many as 1.6 lakh people from the coastal areas of the low-lying areas of Saurashtra and the Kutch regions. The cyclone is expected to make a landfall Thursday.

Operations at ports and airports in these regions have been suspended as precautionary measure, officials said. As per the latest weather report, cyclone Vayu, which has turned into a 'very severe cyclonic storm', has changed its course slightly and would now hit Gujarat coast anywhere between Veraval in the south and Dwarka in the west in Thursday afternoon, officials said, adding the cyclone is now situated around 280 km south of Veraval. After making the landfall, the cyclone is likely to move along and parallel to Saurashtra and Kutch coast, they said.