DDA's new scheme with 12,000 flats on offer to be rolled out mid-June

The Delhi Development Authority or DDA's new housing scheme with 12,000 flats on offer is set to be launched mid-June with Lt Governor Anil Baijal giving his approval to the urban body's proposal. 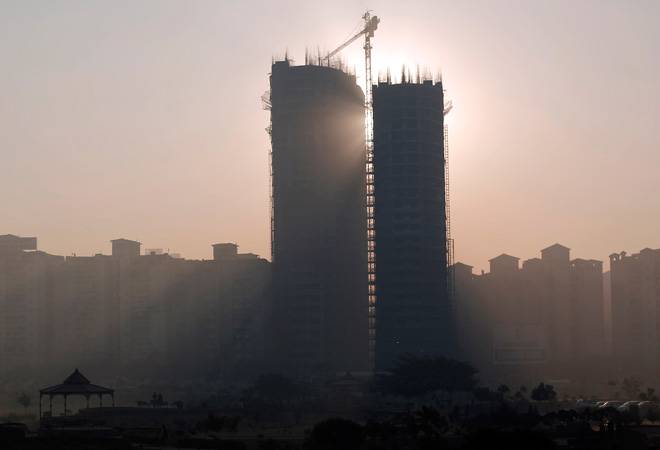 The Delhi Development Authority or DDA's new housing scheme with 12,000 flats on offer is set to be launched mid-June with Lt Governor Anil Baijal giving his approval to the urban body's proposal.

Top officials in the DDA said the draft of the brochure is also ready and the urban body will soon talk to the partnering banks, after which the scheme will be rolled out.

"The L-G has given his nod to the proposal, and so, we are all set now. The new scheme would be launched mid-June, give or take a few days. But, we have finalised the timeline now," a senior official told news agency PTI.

He said the draft of the brochure is being proofread, and it will soon be ready.

Seeking to deter "non-serious buyers" and check market speculation, the DDA this time has proposed multi-tiered penalty measures. "If a prospective buyer surrenders his application before the draw date, no money would be deducted from his or her registration fee. Secondly, if a buyer does so after the date of draw but before the issue of demand letter, then 25 per cent of the registration fee would be forfeited. And, if the flat is surrendered after the issue of the demand letter but within 90 days of it, then 50 per cent of the fee would be cut, and beyond that time period, the entire registration fee would be forfeited," the official said.

Out of the total number of flats, most of them in Rohini, Dwarka, Narela, Vasant Kunj and Jasola, 10,000 unoccupied flats are from the 2014 scheme, while 2,000 are other flats which have been lying vacant. For Low Income Group or LIG category the registration fee would be Rs. 1 lakh while for Middle Income Group (MIG) and High Income Group (HIG) it would be Rs. 2 lakh.

The urban body has tied up with 10 banks for sale of application forms and scheme-related transactions.

ALSO READ: CBSE results delayed: What is marks moderation policy? Could there be further delay?

"People are free to visit the areas where the flats are being offered before making up their mind. We have also removed the lock-in period clause, as we realised, this was also a factor in buyers surrendering the flats. This is also to keep a check on those elements who do market speculation," he said.

The scheme was earlier planned to be launched in February but ancillary infrastructure work, like building of connecting roads and installation of street lights, had stretched the timeline.

Mr Baijal, also chairman of the DDA, had instructed senior officials to ensure that adequate public transport connectivity and other necessary basic infrastructure were in place before the rolling out of the new scheme.

"Both husband and wife can apply for the scheme but one of them would have to give up, if both are alloted flats," the official said.

Sources said most of the flats are one-bedroom LIG flats from the last housing scheme and no new flat is on offer this time.

"About 10,000 are LIG flats from 2014 DDA scheme. Unlike EWS (Economically Weaker Section) category last time, in this scheme there would be no such category," the official said.

"Application forms would be available both online and offline," he said.

From application to refund, the DDA this time has planned to make the scheme an online affair to reduce the long queues of flat buyers at its headquarters.

The 2014 scheme offered 25,040 flats across categories, with prices ranging between Rs. 7 lakh and Rs. 1.2 crore. The online response was so massive that the DDA's official website had crashed soon after the launch.

The one-bedroom flats were offered in Dwarka, Rohini, Narela and Siraspur areas.

CBSE results delayed: What is marks moderation policy? Could there be further delay?

Turbulent Waters for SAIL: An Opportunity to Sell Rails