Delhi polls: 'It was a nice feeling to take part in the democratic process. Everyone should exercise their right to vote,' Raihan Rajiv Vadra said 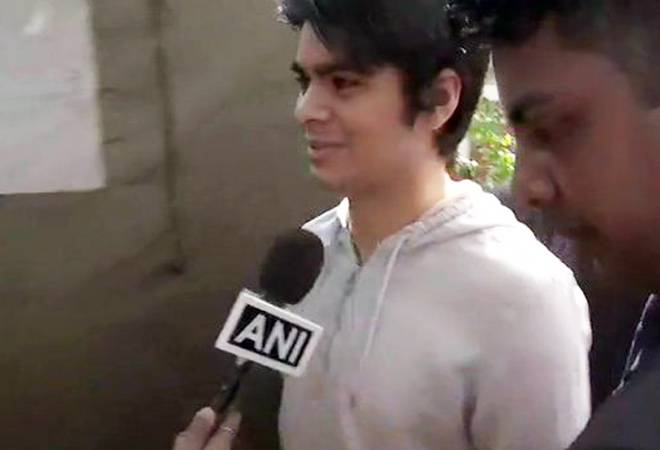 Priyanka Gandhi Vadra's first-time voter son Raihan Rajiv Vadra, on Saturday, cast his vote in Lodhi Estate. The 19-year-old came along with his parents-Priyanka Gandhi and Rober Vadra to vote at booth number 114 and 116 in New Delhi.

After casting his vote, Raihan said that students should get subsidy in public transport.

"It was a nice feeling to take part in the democratic process. Everyone should exercise their right to vote; I think everyone should have access to public transport and it should be subsidized for students," Raihan said.

Chief Minister and AAP national convener Arvind Kejriwal, who is eyeing to repeat his party's 2015 assembly performance, voted at the Rajpur Transport Authority polling station in the Civil Lines area.

Kejriwal, who is contesting the polls from the New Delhi seat, was accompanied by his wife Sunita and son Pulkit. Before leaving for voting, he sought his parents' blessings.

The Delhi Assembly Election 2020 will decide the fate of 672 candidates in 70 assembly constituencies which are seeing a triangular contest among the ruling Aam Aadmi Party (AAP), opposition BJP and the Congress.