The demonetisation drive undertaken by the Indian government is a "great move" in the longer term, Apple CEO Tim Cook said as he emphasised the company's strong intention to "invest significantly" in the country. 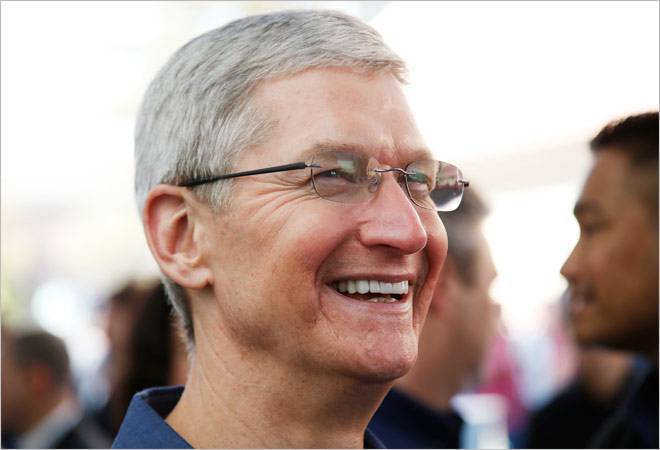 The demonetisation drive undertaken by the Indian government is a "great move" in the longer term, Apple CEO Tim Cook said as he emphasised the company's strong intention to "invest significantly" in the country.

"Despite the demonetisation move in India that created lots of economic pressure there last quarter, despite that, we had all-time record revenue results, and so we were very happy about that," Cook said in the call yesterday when asked about the company's performance in India during its fiscal 2017 first quarter ended December 31, 2016.

Cook, 56, said the impact of demonetisation has not worked its way through yet and it is "still definitely having some overhang."

"But I think in the longer term, it's a great move, and I feel really good about how we're doing there. We are in discussions on a number of things, including retail stores, and fully intend to invest significantly in the country and believe it's a great place to be," Cook said.

The Indian government had last year in November withdrawn from circulation the highest denomination currency notes of 1000 and 500 in an effort to curb black money.

He said the iPad and its laptop range Macs did very well in the Indian market.

Cook said Apple sold 5.4 million Macs and generated its highest-ever quarterly Mac revenue. "We were very happy to report double-digit unit growth in several countries, including Japan, Mainland China, India, the Netherlands, and Sweden, as well as in the US education market," he said.

Apple sold 13.1 million iPads, ahead of its expectations, posting double-digit growth in China and India, "as we've expanded distribution channels in those countries and we continue to attract a very high percentage of first-time tablet buyers," Maestri added.

Apple posted a quarterly revenue of USD 78.4 billion compared to revenue of USD 75.9 billion in the year-ago quarter. International sales accounted for 64 per cent of the quarter's revenue.

Union Budget 2017 to be presented as scheduled