The Centre had cut excise duty cut on fuel by Rs 1.50 per lite and had asked oil marketing companies (OMSs) to subsidise petrol and diesel prices by Re 1 a litre. 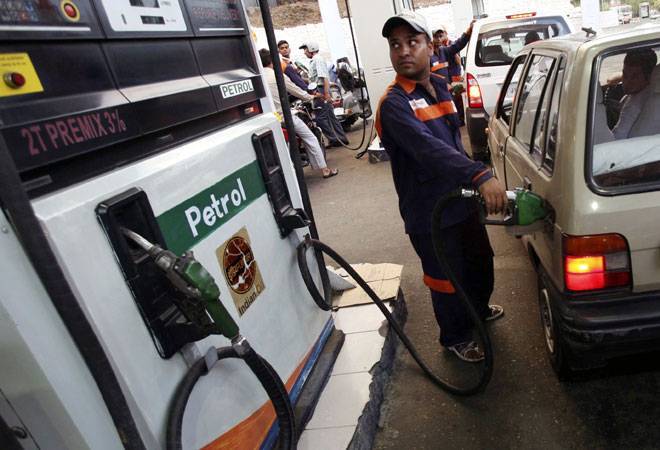 Diesel price were hiked for the 10th consecutive day today, wiping out all of the Rs 2.50 per litre cut in rates announced by the central government earlier this month. The Centre had cut excise duty cut on fuel by Rs 1.50 per lite and had asked oil marketing companies (OMSs) to subsidise petrol and diesel prices by Re 1 a litre.

However, the retail selling price of diesel continued to rise ever since the excise duty cut was announced.

While petrol price remained static on Monday, diesel rates were hiked by 8 paise per litre, according to a price notification of state-owned fuel retailers.

With this, diesel prices have in the last 10 days been hiked by Rs 2.51 per litre. This is the fastest increase in rates since oil firms implemented daily price revision in mid-June last year.

It now costs Rs 75.46 per litre in Delhi, a shade higher than Rs 75.45 a litre price when the government on October 4 announced the excise duty cut in 12 months.

Petrol costs Rs 82.72 per litre and has witnessed an increase of Rs 1.22 per litre since the October 4 decision.

Petrol on October 4 was priced at Rs 84 per litre.

While in Delhi diesel rates are at their highest ever, in most the other states it is lower than the peak as some state governments had matched the Centre's move to cut excise duty and oil company subsidy by a similar cut in local sales tax or VAT.

After the Centre cut excise duty by Rs 1.50 per litre and asked PSU oil firms to subsidise fuel by Re 1, Maharashtra and Gujarat governments were among the first to announce a matching Rs 2.50 cut.

They were later joined by Chhattisgarh, Jharkhand, Tripura, Uttar Pradesh, Madhya Pradesh, Himachal Pradesh, Haryana Assam, Uttarakhand, Goa, Arunachal Pradesh and Bihar with similar moves. Jammu and Kashmir, which is under governor's rule, too reduced tax on the two fuel.

Maharashtra, however, reduced VAT only on petrol and not on diesel.

Even before the excise duty cut, Rajasthan, West Bengal, Karnataka, Kerala and Andhra Pradesh had last month reduced VAT to cushion consumers for a spate of price increases.

The reduction in excise duty, only the second in four years of BJP-led NDA rule, will dent Central government revenues by Rs 10,500 crore and was aimed at cooling retail prices that had shot up to an all-time high.

The BJP-government at the centre had raised excise duty on petrol by Rs 11.77 a litre and that on diesel by Rs 13.47 a litre in nine instalments between November 2014 and January 2016 to shore up finances as global oil prices fell, but then cut the tax just once in October last year by Rs 2 a litre.

Wholesale inflation rises to 5.13% in September on rising fuel prices