GST rollout: What does GST have in store for your local kirana shop owner?

Transition blues hound informal sector and small taxpayers, as IT dependence, unclear provisions of the new tax regime might scare a few. 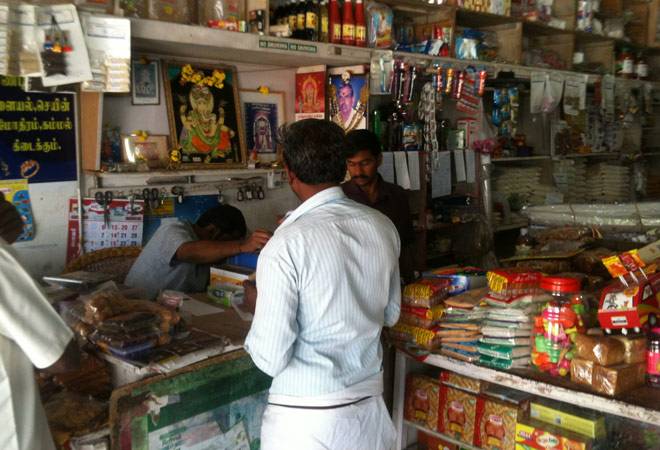 Goods and Services Tax is round the corner , literally. With a little over three days left for the rollout of the new tax regime, apprehension is the prevalent sentiment among traders, especially those from informal sector.

GST will be entirely based on a digital system where taxes have to be filed online, something off-putting for small traders uneducated in tech matters. While big corporate houses have already taken to tax consultants to help them out, the small traders are still worried about which way to go and the compliance costs under the new tax regime.

GST Network, tasked with developing the required IT infrastructure for smooth GST rollout, has roped in several facilitators to develop software which will be used to pay taxes under GST. The traders are expected to procure these tools, which might be free or not depending on the developers, and use them for filing their returns.

In its second edition of the FAQs about GST, Central Board of Excise and Customs has listed measure to be taken for helping out traders not much proficient with the technological aspects of GST.

Difficulties in understanding the procedure for filing tax returns under GST might also be a reason which can cause some trouble for small businesses.
We had earlier reporter that, small taxpayers with annual turnover up to Rs 75 lakh can opt for composition scheme where they get to pay taxes at flat rates without input tax credits. For those from North-Eastern states and Himachal Pradesh, the annual turnover limit is Rs 50 lakh. They will have to submit a return only once in 3 months, mention their total turnover during this time, and pay a tax in the nature of turnover tax.

According to GSTN Chairman Navin Kumar, Chairman, GST Network, small businesses will not face many difficulties as it will be a one line return for them.
He further added, "Then there's another category of people above Rs 20 lakh but they have not opted for composition. For these people if they are making B2B supplies, only then invoice data has to be given. But if they are selling to consumer they don't have to, their return will have only five-six lines. For each tax rate, they have to say the turnover, and the tax. And they pay tax accordingly. For these people the compliance is not that difficult. Kirana stores will go for composition," said Navin Kumar, Chairman, Goods and Service Tax Network (GSTN).

GSTN is also running a 400-seat call centre to register and analyse complaints from taxpayers jittery about the new tax regime and its nuances. If all of this falls short, they might even go ahead and file your taxes themselves.

"This time, apart from increasing the capacity, we are using a software where if the tax payer permits, we will access his screen and tell him how to do it," Kumar said.

Natural gas may be included in GST, to benefit ONGC