Desai holds a masters degree in engineering and had personally audited the bridge as a professional structural engineer. 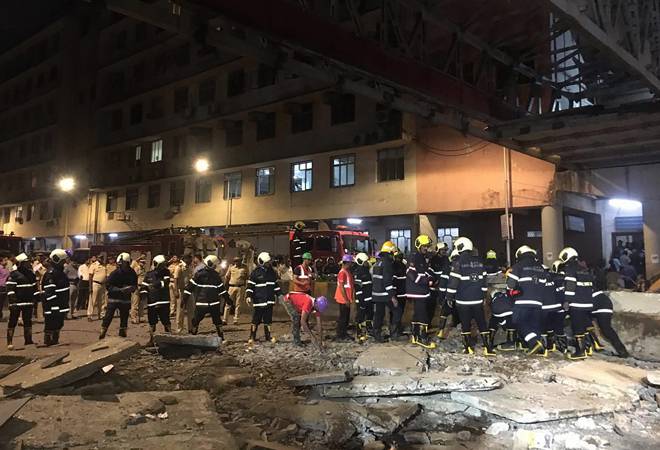 Neeraj Desai, the arrested director, had personally audited the foot overbridge as a professional structural engineer.

A director of Prof DD Desai's Associated Engineering Consultant and Analyst has been arrested for submitting 'faulty' audit reports regarding the BMC foot overbridge near CST railway station in Mumbai which collapsed four days ago. Reports suggest that Azad Maidan police arrested Neeraj Kumar Desai from Saki Naka after failing to apprehend him at his Vile Parle residence.

Desai holds a masters degree in engineering and had personally audited the bridge as a professional structural engineer, according to an Indian Express report. The company, Prof DD Desai's Associated Engineering Consultant and Analyst Private Limited, was set up in 2003 and has three directors including Desai. The company was awarded the contract for audit of 39 bridges in Mumbai after a bridge collapse in Andheri.

The audit report for the bridge near CST railway station had shown it in good condition, prescribing minor repairs. The slab of the bridge, however, collapsed on March 14, leading to six deaths and 31 injuries. The BMC had issued a show cause notice to the audit firm after the bridge collapse.

"During our investigation it has been found that the concerned structural auditor was aware about the condition of the foot overbridge, but he neglected the fact," Deputy Commissioner of Police (Zone I) Abhishek Trimukhe said.

Alia Bhatt gifts Rs 50 lakh cheques to driver and helper on her birthday; here's why