Delhi Metro's new generation trains that can be manoeuvred without drivers are going to run on this route. 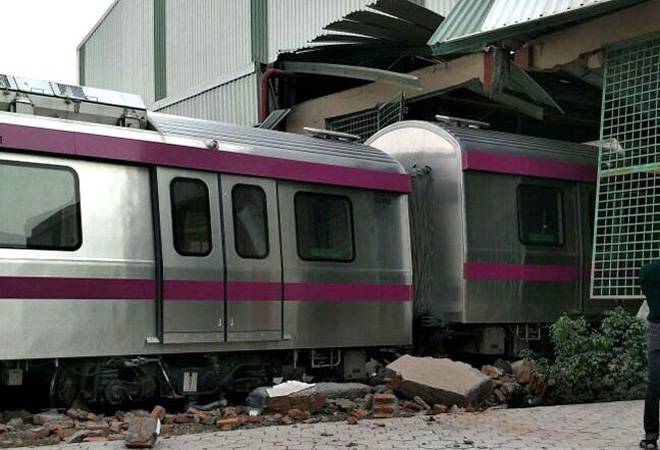 In an unexpected turn of events, a driverless train of Delhi Metro's Magenta line crashed into a wall of Kalindi Kunj metro station. The Kalkaji-Botanical Garden metro line is set to be inaugurated by PM Modi on December 25. According to a report in India Today, the incident happened within the gated boundary of the station. An inquiry has been ordered into the incident.

A Delhi Metro official confirmed the incident. The incident took place between 3 pm and 4 pm today. There were no casualties, the official mentioned. The Delhi Metro staff is looking into what led to this incident.

According to reports, Delhi Metro's new generation trains that can be manoeuvred without drivers are going to run on this route. Movement of these driverless trains would be facilitated by advanced Communication Based Train Control (CBTC) signalling technology. However, for the initial couple of years, the trains will be operated by drivers.

The same 12.64 km Magenta line was given the necessary safety approvals by Commissioner for Metro Rail Safety (CMRS) last month. However, this is also not the first time an accident has occurred on the Magenta Line. A year ago two trains equipped with anti-collision technology collided on to each other on the line 8 of the Kalindi Kunj depot, the India Today report mentions.