A total of 52 toll plazas, including both public-funded and BOT (built, operate and transfer), on national highways (NHs) in Punjab, Haryana and Delhi-NCR have been directly or indirectly affected due to farmers protests 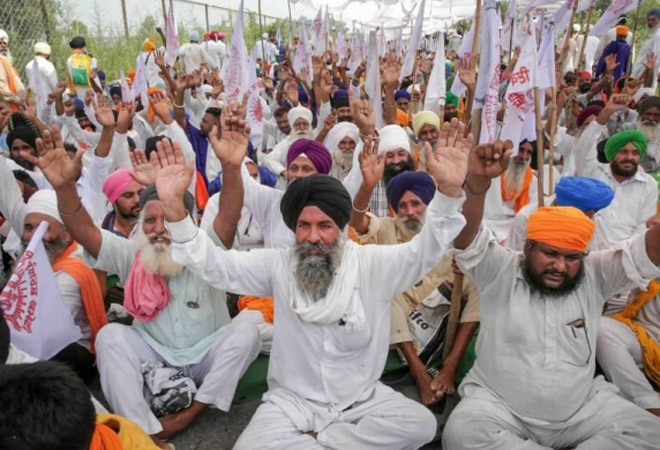 The ongoing agitations by farmers in the national capital region (NCR), Haryana and Punjab will cause a Rs 600-crore loss to toll collections, a report said on Friday. Apart from the impact on toll collection due to restrictions in vehicular movement, there is also a debt of over Rs 9,300 crore taken by the stakeholders which is at "risk", ratings agency Icra said in the report.

Farmers have been agitating in several north Indian states demanding a repeal of three new farm laws, which were passed by Parliament.

Assuming that protests would subside by February, the agitations are likely to result in a steep decline of around 30-35 per cent in toll collections in the affected states in 2020-21, it said. It is compared with a 5-7 per cent decline for the rest of India, which is attributable to the pandemic, the report added.

A total of 52 toll plazas, including both public-funded and BOT (built, operate and transfer), on national highways (NHs) in Punjab, Haryana and Delhi-NCR have been directly or indirectly affected due to farmers protests, the agency said.

The revenue loss in the state highways projects in these regions will be an additional burden, it said.

While the impact on fee collection at some toll plazas began from October 2020 onwards, the same has intensified to no fee collection with the free movement of vehicles at all toll plazas in Haryana, Punjab and Delhi-NCR since December 12, 2020.

"The average toll collection per day at these plazas is estimated at Rs 7 crore.

"Until January 26, 2021, these national highway toll plazas would have incurred an estimated revenue loss of around Rs 560 crore, of which Rs 410 crore is estimated for BOT Concessionaires," said Vice-President (Corporate Sector Ratings) Rajeshwar Burla.

Some of these entities also have debt service reserves (DSRAs) of around three months in place to use for such exigencies; however, this would have been completely used up by now, he said.

The inability to collect toll for a continuous period of 24 hours and exceeding an aggregate period of seven days in an accounting year due to agitations/ strikes would be considered an indirect political event under the force majeure clause, the agency said.

In such cases, with the costs attributable to such events, beyond the insurance cover, one half of such excess amount is likely to be reimbursed by the National Highways Authority of India (NHAI), covering around 25 per cent of the loss of revenue incurred by the affected projects, it said, estimating it to be at Rs 100 crore.