Asserting that India runs on the road, the Economic Survey tabled in Parliament said road transport is the dominant mode of transportation in the country and highways building would be fast-tracked 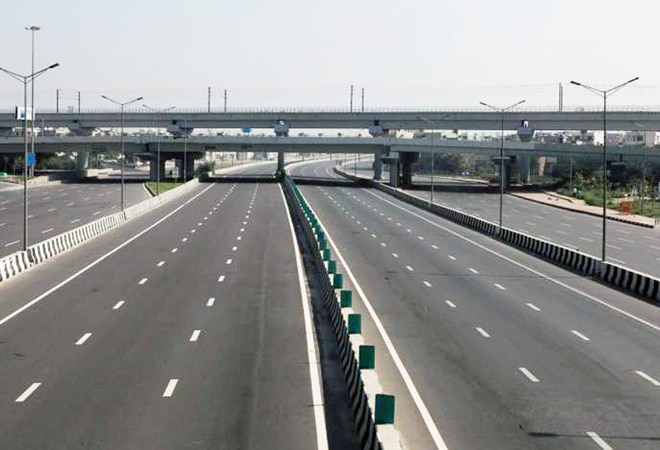 Highways construction will regain fast-pace of the pre-COVID level on the back of multiple initiatives and unlocking of the economy, the Economic Survey 2020-21 said on Friday. The COVID-19 shock resulted in the decline of road construction to 22 km a day in the current fiscal from 30 km a day in FY19.

Asserting that India runs on the road, the Economic Survey tabled in Parliament said road transport is the dominant mode of transportation in the country and highways building would be fast-tracked.

"The pace at which roads have been constructed has grown significantly from 12 kms per day in 2014-15 to 30 kms per day in FY19 before it moderated in FY20.

Total investment in the roads and highway sector has gone up more than three times in the six years - from Rs 51,935 crore FY15 to Rs 1,72,767 crore in FY20, which also led to increased road density across the states, it said.

During the decade ending in FY19, the national highways recorded a CAGR of 7.25 per cent followed by rural roads (6.25 per cent) and urban roads (4.27 per cent), it noted.

The road network is the backbone of the transport system in India and it is very well integrated with the multi-modal system of transportation, which provides crucial links with airports, railway stations, ports, and other logistical hubs.

With 63.86 lakh kms of rural-urban roads and national-state highways, India is next only to the United States of America that has a road network of 66.45 lakh km, the survey said.

With the proactive policy initiatives in the sector, the road network has continuously been expanding in the country, it added.