Economy expands 4.7% in FY14, looks to Narendra Modi for rebound

Asia's third-largest economy grew 4.7 percent in 2013/14, slower than an official estimate of 4.9 percent and higher than 4.5 percent growth a year earlier. It marks the second straight year of sub-5 percent growth - the worst slowdown in more than a quarter of a century. 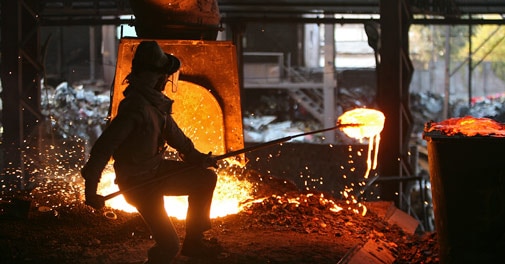 India's economic growth picked up marginally from a decade low in the fiscal year ended March, but pro-business Narendra Modi 's thumping victory in the recent general election has stoked optimism of an investment-led turnaround in the coming quarters.

Asia's third-largest economy grew 4.7 percent in 2013/14, slower than an official estimate of 4.9 percent and higher than 4.5 percent growth a year earlier. It marks the second straight year of sub-5 percent growth - the worst slowdown in more than a quarter of a century.

Economic growth for the quarter to end-March came in at 4.6 percent from a year earlier, compared with 4.8 percent estimated by analysts in a Reuters poll and a revised 4.6 percent growth in the previous three months.

"We are not able to yet see...how the economy will grow but certainly the mood is upbeat," said A.M. Naik, chairman at the country's biggest engineering firm Larsen & Toubro, who expects growth to pick up to 5.5 percent this fiscal year.

Growth stuck below 5 per cent is disappointing for an economy that boasted of a near double-digit economic expansion until a few years back and was widely expected to be one of the main drivers of the global economic recovery.

It also poses a challenge for the new government to generate enough job opportunities to employ the 10 million people who enter the country's workforce every year. New Delhi reckons the economy needs to grow 8 percent a year to prevent a demographic disaster.

Modi won India's first outright parliamentary majority in three decades with a pledge to boost growth and create jobs, raising hopes among investors for a turnaround led by spending on infrastructure.

Ninety-three percent of CEOs in a polled carried out by one of India's industry chambers FICCI said they expect a substantial improvement in the near-term economic situation following the election of a strong government.

"It is likely the infrastructure projects which have been held up for a long time...will hopefully begin to move," said Naik. "We will see the impact of it more like in August, September, because it takes time for things to move."

Capital investment contributes nearly 35 percent to India's economy, but it contracted an annual 0.1 percent in the fiscal year that ended in March.

Projects worth Rs 6.2 trillion ($105.1 billion) were shelved last year due to bureaucratic gridlock, according to CMIE, an economic think tank, the highest in the past 18 years.

Modi's reputation, assiduously built while running the western state of Gujarat, of speeding up implementation of infrastructure projects and promoting manufacturing has raised hopes of a similar push at the national level.

Arvind Panagariya, an economics professor at New York's Columbia University who is tipped to get an advisory role in the government, has called on the new administration to revamp the cumbersome tax regime and boost capital spending.

But that's easier said than done. States wield much of the power in approving projects, while only a quarter of approvals come from central agencies. High corporate leverage and rising bad loans at Indian banks are also weighing on investments.

Stressed loans in India - those categorised as bad and restructured - total $100 billion, or about 10 per cent of all loans. The debt-equity ratio of Indian firms, meanwhile, has hit a two-decade high of 97.9 percent, according to Nomura.

"Investor sentiment has changed but government needs to follow it up with action to address structural bottlenecks," says M.S. Unnikrishnan, managing director at capital goods maker Thermax, who expects a gradual recovery.

Short-term steps to stimulate economic activity could also raise concerns about the new government's commitment to reduce the fiscal deficit to 4.1 percent of GDP this fiscal year.

Fiscal belt-tightening helped narrow the fiscal deficit to 4.5 percent in 2013/14, below a revised official estimate of 4.6 percent and lower than 4.9 percent a year ago, government data showed on Friday.

Adding to the growth challenge is an adverse global economic climate that is hemming in the country's exports growth. The sector accounts for nearly a quarter of the domestic economy.

Equally worrisome are the prospects of below-average monsoon rains this summer, which could hit farm output and fuel inflation. That would make it tougher for an inflation-focused central bank to lower interest rates to support growth.

Persistently high inflation and elevated interest rates have crimped consumer demand. Consumer goods output, a proxy for consumer demand, has grown just once in the past 11 months.

Hopes of an economic revival have attracted copious capital inflows, triggering a rally in the country's financial markets.

For some ebullient investors, this is the beginning of the strongest bull market. The Sensex is already the best performing equity index in Asia this year. The rupee, too, has hit an 11-month high to the dollar.

Such is the euphoria that Jim O'Neill, who had once called India the biggest disappointment among the BRIC economies, is asking the South Asian nation to be labelled as one of the 'fabulous five' economies instead of the 'fragile five'.

The 'fragile' tag came into vogue when the most vulnerable emerging markets were roiled by capital outflows from May to September last year after the US Federal Reserve hinted it would wind down its monetary stimulus.

Unnikrishnan of Thermax, cautions against such "irrational" exuberance. "A child is born. It is expected he will do well and earn good money," he says. "But he is not going to earn money today."