DMK MLA P Geetha Jeevan said it was the wish of the people that the government take a policy decision to ensure that the plant continued to be shut. 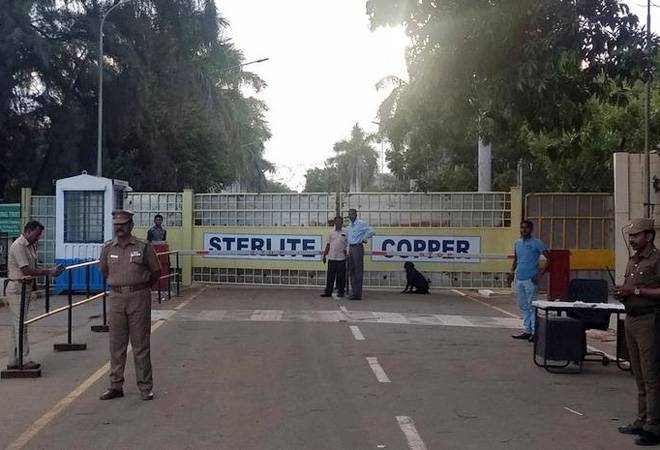 DMK Friday urged the Tamil Nadu government to enact a law to ensure the continued closure of Vedanta's copper plant Sterlite at Tuticorin.

Citing the National Green Tribunal setting aside the state government's closure order, saying it was non-sustainable, DMK MLA P Geetha Jeevan said it was the wish of the people that the government take a policy decision to ensure that the plant continued to be shut.

Participating in the debate on the motion of thanks to the Governor's address, she said Sterlite cannot stake a claim to reopen the plant and urged the government to enact a law for the "permanent closure" of the plant.

On December 15, the National Green Tribunal had set aside the Tamil Nadu government order for closure of mining company Vedanta Ltd's sterlite copper plant at Tuticorin, which was at the centre of massive protests over alleged pollution, saying it was "non sustainable" and "unjustified".

Thirteen people were killed in police firing on May 22-23 and several injured after the protests against Sterlite turned violent in Tuticorin.

She demanded enactment of a law similar to that passed by the state government to allow the bull taming sport Jallikattu. In January 2017, Tamil Nadu amended the Prevention of Cruelty to Animals Act to ensure that the sport was held without any hindrance.

Though no prohibitive orders are now in place at Tuticorin, the DMK MLA said a sense of unease prevailed and police were not granting permission to hold meetings.

On the ban on single use plastic items like carry bags that came into force in Tamil Nadu from January 1, she wondered why popular snack brands of multinationals were spared and demanded that the state ban them too.

Intervening, Environment Minister K C Karuppannan said the government has not favoured any multinational firm and pointed out that only 14 types of single use plastic items, which cannot be recycled and are non-biodegradable, had been banned.

When Jeevan referred to boats of Tamil Nadu fishermen left to rot after they were impounded by Sri Lanka, Fisheries Minsiter D Jayakumar said the government bore the expenditure of bringing them back ensuring that fishermen did not spend even a Rupee for it.

Replying to Congress MLA H Vasantha Kumar, who sought expansion of Tuticorin airport, Information and Publicity Minister Kadambur C Raju said 601 acres have been acquired and handed over to the airport on December 31, 2018 for the purpose.

Initiating the debate, Deputy Speaker Pollachi V Jayaraman urged the government to provide coconut saplings free of cost to the farmers. He wanted the government to come up with sapling varieties that would reach a height of only about 5-10 feet and provide good yield in a short time and withstand cyclones as well.

He also wanted a separate district with Pollachi as its headquarters.

TRAI's new framework for cable services: Will watching TV get costlier? All you need to know