EPFO-CBT meet: Will Employees' Provident Fund Organisation agree to higher pensions for all?

It's rare that a meeting between the Employees' Provident Fund Organisation (EPFO) and members of its Central Board of Trustees has generated interest as much as it has today. 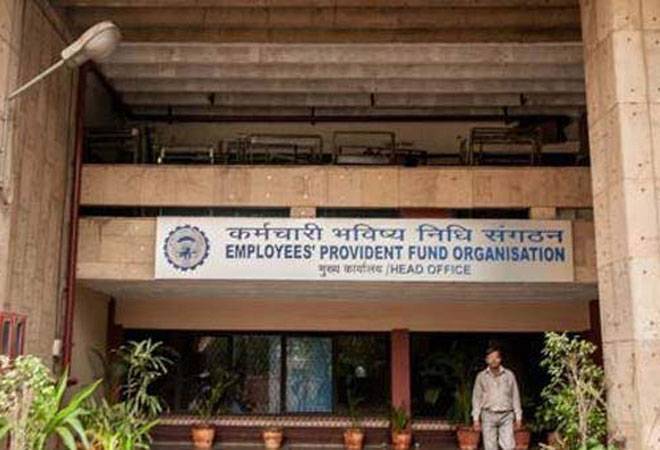 It's rare that a meeting between the Employees' Provident Fund Organisation (EPFO) and members of its Central Board of Trustees has generated interest as much as it has today. The reason: the agenda today is a final call on the EPFO's stand of not paying pension on full salary to the employees of Exempt Companies despite a Supreme Court order in 2016. The issue generated a lot of interest and angst, especially after news reports put spotlight on Praveen Kohli, a retired general manager with Haryana Tourism Corporation, whose pension rose by nearly 1,200% thanks to the court ruling.

To understand the math, let's look at the Employee Pension Scheme (EPS) first. All employees in the organised sector contribute 12% of their salary (basic salary+dearness allowance) to the EPF. The employer makes a matching contribution, of which 8.33% goes to the EPS, subject to a salary cap. Till 2001, the ceiling on the salary on which the EPF is payable was Rs 5,000, hence the maximum contribution to the EPS was Rs 416.5 (The salary cap was revised to Rs 15,000 in September 2014, but let's ignore that for now).

In March 1996, the EPS Act was amended to allow members to raise the EPS contribution to 8.33% of their full salary (basic + DA), doing away with the cap on salary. This raised the pension amount exponentially, and since the EPS is payable only after superannuation, retirees could look forward to a big, fat cheque. But for a decade, only a few thousand among over 4.7 crore EPF/EPS members contributed higher EPS amounts on a monthly basis due to inadequate promotion of the amendment.
It took a spate of media reports in 2005 to make people aware of what they were missing out on, and the hordes of private EPF fund trustees and employees approached the EPFO seeking higher pension entitlement. But the PF body rejected their demands saying the response should have come within six months of the 1996 amendment.

Predictably, cases were filed against the EPFO in various high courts and eventually, in October 2016, the apex court ruled in favour of the employees, saying the EPFO can't restrict the higher-pension option to those who exercised it before a "cut-off date". The court also allowed those who hadn't made higher contributions to the EPS on a monthly basis to exercise the option by making lump-sum deposits of the differential amount due (difference between EPS contribution they made while in service and the contribution they would have made had it been pegged to their full salary). The Central Board of Trustees also determined that if a person has already retired, he will have to deposit the money with interest at the rate fixed by the EPFO every year.

It took another year for the EPFO to implement the court order following a strong fight put up by petitioners like Kohli, who has only recently started receiving his higher pay-out, according to The Times of India. But the EPFO soon developed cold feet - perhaps scared off by the sheer volume of demands raised - and directed its officials not to accept applications with retrospective effect from employees of exempt organisations, i.e. companies whose employees' fund is managed by private trusts instead of the EPFO's trust. This is the matter that will be decided in today's meeting.

According to the Financial Express, the EPFO may worryingly be facing the risk of bankruptcy in the near future if it is unable to resist attempts by subscribers to inflate their pension entitlements to levels far beyond its capacity to provide. The newspaper also quoted former Central Provident Fund commissioner KK Jalan saying that some PSU staff might have received higher pensions without even making the required contributions, worrying news for the body's 45 million subscribers.

But in case we have you dreaming of a big, fat pension cheque, remember only those who joined the EPFO before September 1, 2014, can opt to boost his/ her pension corpus as the current salary cap of Rs 15,000 then came into effect, which limits EPS contribution to Rs 1,250 a month. According to Mint, today's EPFO meeting may also see a decision on the exit policy for equity investments, and the body will need to come up with a plan on how it will monetise its stock options.

Bankruptcy ordinance: More powers to Insolvency and Bankruptcy Board, up to Rs 2 crore penalty for violators