After the results of polls held in five states came out, some parties alleged that the electronic voting machines had been tampered and demanded to reintroduce the paper ballot system. 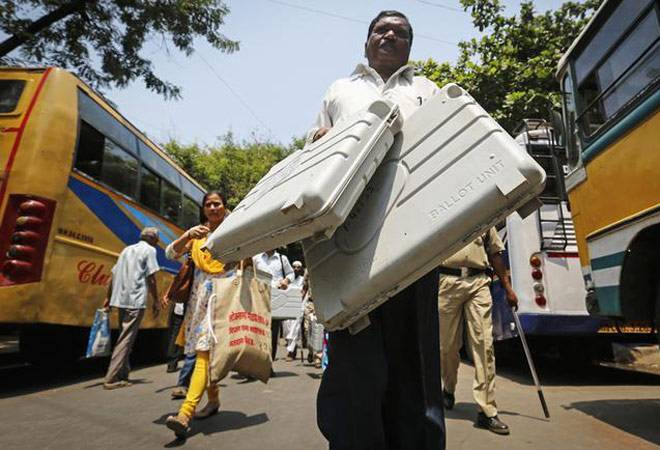 After the results of polls held in five states came out, some parties alleged that the electronic voting machines had been tampered and demanded to reintroduce the paper ballot system.

"20-25 per cent of AAP's vote was transferred to SAD, which is why Congress won the election. Akali's victory would've made it too obvious. They wanted AAP to lose in any which way," the Delhi chief minister alleged.

However, now the former Election Commission chiefs have come together to defend the EVM system. Stressing that EVMs have proved their worth for the last 19 years, they urged the losing parties not to pass their "unhappiness of the loss" on to the machines.

Former Chief Election Commissioners M S Gill, V S Sampath and H S Brahma told PTI that the machines are "reliable and tamper-proof" and political parties should not question their reliability if they lose elections.

The Election Commission had yesterday, in a strongly worded statement, rejected as "baseless and wild" the charge the electronic voting machines (EVMs) were tampered with.

Gill, who had pushed for the use of electronic voting machines in November, 1998, said "People have faith in EVMs. Unfortunately, some political parties are destroying this faith... losing parties should not pass the unhappiness of the loss on to the EVMs."

He said these machines have lived up to the expectations of the country's democratic system for the last 19 years.

Election Commission of India is a constitutional body which has been applauded by the United Nations in election management, particularly for supporting elections and democratic process in other countries.

Election Commission of India has trained personnel and lent its expertise in improve electoral systems of several countries. It has helped conduct free and fair elections in countries such as Nepal, Kenya, Jordan, etc.

In 2014, the Namibian government purchased 3,400 India-made electronic voting machines (EVMs) which have already been used by other countries in Asia to conduct smooth and fair polls.

In 2011, on the request of the Nepalese Commission, the Election Commission of India (ECI) had gifted about 700 EVM to Nepal for use in some constituencies.

In an interview to The Hindu, former Chief Election Commissioner SY Quraishi said, " all political parties have raised doubts over the EVMs at one time or another but kept quiet when they won instead of eating their words. It's the voter who needs to be conveyed the facts," he said.

Applications for H1-B visas to be accepted from April 3