Chinese Foreign Minister Wang Yi and his Russian counterpart Sergei Lavrov will be the other two participants at the conference. Uncertainty had loomed over the meeting following the cross border clash between Indian and Chinese troops 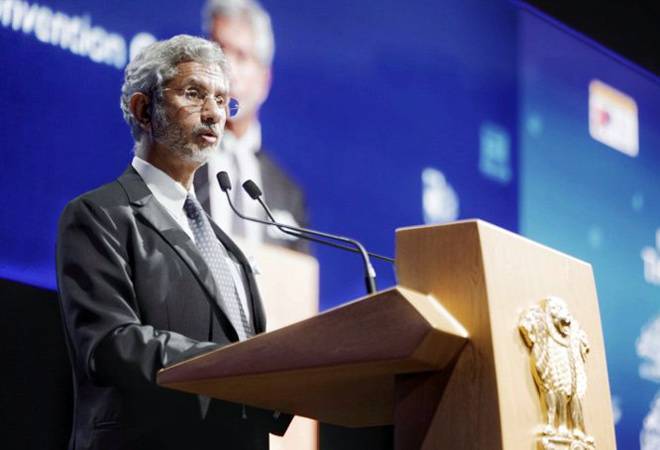 External Affairs Minister S Jaishankar will attend a virtual conference of the Russia-India-China trilateral on June 23 which is being held in the backdrop of a violent border clash between Chinese and Indian troops in Galwan Valley in eastern Ladakh.

Chinese Foreign Minister Wang Yi and his Russian counterpart Sergei Lavrov will be the other two participants at the conference. Uncertainty had loomed over the meeting following the cross border clash between Indian and Chinese troops in Galwan Valley on Monday evening.

Twenty Indian Army soldiers were killed in violent hand-to-hand clashes with Chinese troops, in the biggest ever confrontation between the two sides after a gap of 45 years. India has held China responsible for the "pre-mediated" action.

The clashes significantly escalated the already volatile border standoff between the two neighbours.

"The External Affairs Minister will participate in the meeting," Srivastava said during an online media briefing.

In a telephonic conversation, Jaishankar on Wednesday conveyed to Wang that the "unprecedented" incident in the Galwan Valley will have a "serious impact" on the bilateral relationship and said the "pre-meditated action" by the Chinese army was responsible for the violence.

Srivastava said the meeting will deliberate on the coronavirus pandemic as well as issues relating to challenges to global security and financial stability.

It is unlikely that the border standoff between India and China will figure in the meeting as bilateral issues are usually not discussed under the trilateral format, sources said, citing convention.

"It will be a good opportunity for all the three countries to come together and discuss regional issues in order to synchronise our views to contribute to support regional stability," a senior diplomat told PTI on condition of anonymity.

Russia has already said that India and China should resolve the border dispute through talks and that a constructive relationship between the two countries was important for regional stability.

The three foreign ministers are also expected to deliberate extensively on the evolving political situation in Afghanistan after the US inked a peace deal with the Taliban in February.

The deal provided for the withdrawal of American troops from Afghanistan, effectively drawing curtains to Washington's 18-year war in the country.

The meeting of the RIC foreign ministers is also expected to delve into key connectivity projects in the region including the implementation of the 7,200 km-long International North South Transport Corridor (INSTC) linking India, Iran, Afghanistan and Central Asia with Europe.