Lower crude prices mean less government outlay for India, which imports 80 per cent of its oil and subsidises oil products such as diesel and fertilizers. 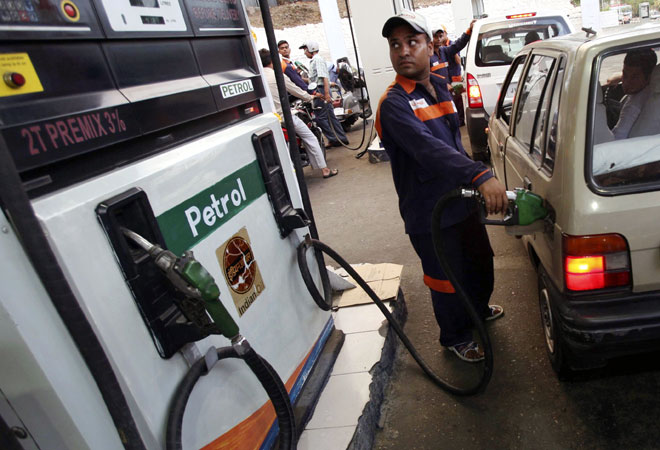 The finance ministry is increasingly optimistic that it can meet a tough fiscal deficit target, helped by a 12 per cent decline in global crude oil prices since Prime Minister Narendra Modi took charge in May.

Lower crude prices mean less government outlay for India, which imports 80 per cent of its oil needs - at a cost of $168 billion last year - and subsidizes oil products such as diesel and fertilizer.

"If crude prices remain below $100 a barrel compared with budgeted estimate of $105-$110 a barrel, total oil and fertiliser subsidies would be substantially lower," said a senior finance ministry official, with the direct knowledge of the matter.

Moody's last week lowered the price assumptions it uses for rating purposes on Brent crude oil to $90 per barrel through 2015, which represents a $5 drop from its previous assumptions for 2015.

Finance Ministry and Reserve Bank of India (RBI) officials are due to meet on Friday to decide how much the government will need to borrow from the markets in the second half of the 2014/15.

The government borrowed Rs 160 billion less than it budgeted in the first half of the financial year, triggering market speculation that the fiscal deficit could end up even lower than the target of 4.1 per cent of GDP.

"As of now, the deficit target remains 4.1 per cent," said a finance ministry official, who declined to be named since he was not authorised to speak to the media.

The country's top finance ministry official, Arvind Mayaram, suggested over the weekend that the deficit target could be met without the harsh expenditure cuts that have kept the deficit in check in the past two financial years.

"You cannot have three years of continuous expenditure cuts," Mayaram told the Economic Times newspaper in Cairns, Australia, where he attended the G20 meeting. Many economists say the cuts have slowed economic growth.

He said if GDP growth keeps to the pace of the first quarter and remains at 5.6 per cent to 5.7 per cent in the second half, government borrowing could be lower than budgeted, but said it was too early to take such a decision.

A sustained rally in India's stock markets - the Nifty has risen more than 25 per cent this year - is adding to optimism in the finance ministry that revenue from the partial privatization of state-run companies such as ONGC and Coal India will beat the budget.

But not all is well. Tax collections have been lower than targeted so far this year - thanks to a muted economic recovery and a drought in some parts of the country that has hurt corporate earnings.