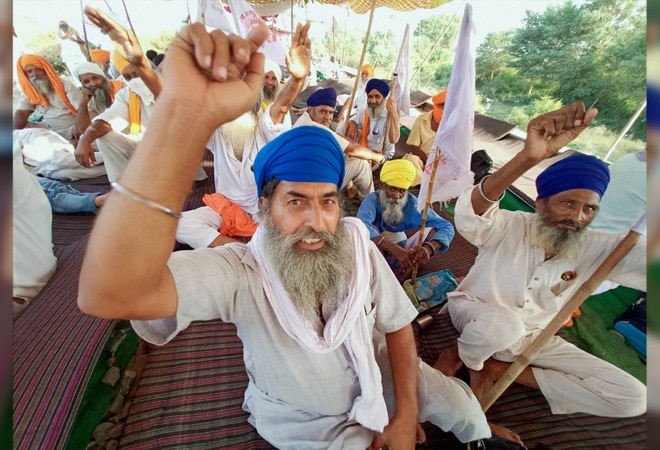 All India Kisan Sangharsh Coordination Committee (AIKSCC) will send one lakh emails through their village units on November 12 to President of India demanding immediate restoration of goods train movement in Punjab. The move comes a day ahead of the scheduled meeting of farmer leaders with Union Agriculture Minister Narendra Singh Tomar, Defence Minister Rajnath Singh and Railways and Commerce minister Piyush Goyal in Delhi to resolve the issue.

The nationwide coalition of more than 250 farmer organisations said the move is to mark their protest against "the vindictive step of Modi government by not allowing operation of goods trains thus preventing supply of fertiliser, coal and other essential goods, to blackmail people of Punjab".

The train movement had come to a halt after farmer organisations' blocked rail traffic in the state last month as a protest against the central laws that allowed purchase of farm produce directly from farmers by bypassing the existing mandi (agricultural market) system. Even though the railway tracks were cleared by the agitating farmers soon after, the Ministry of Railways is yet to restore the good train movement as it can resume after the situation is conducive enough to not only ensure safe movement of goods trains, but also passenger trains.

The move is seen as a pressure tactic by the protesters as passenger train services are yet to be normalised across the country after COVID-19 induced lockdown early this year.

AIKSCC is observing November 12 as 'solidarity day' in support of the peasants, farm workers and other workers of Punjab.

'India has moved from tax-terrorism to tax-transparency': PM Modi