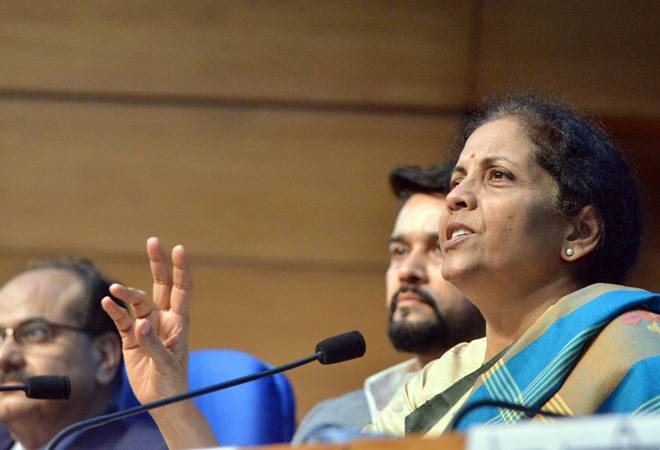 The FM made these announcements during her address to the media on measures to tackle the economic impact of coronavirus. She added that no different staggering dates will be followed while filing GST returns for March, April and May.

Sitharaman also announced that companies with less than Rs 5 crore turnover won't be charged interest or penalty for the late filing of GST. Bigger companies will have have to pay the interest amount at 9 per cent for delayed filing of GST, but no late fee or penalty will be levied.

The last date for opting for the compensation scheme has been extended to June 30, 2020.

The FM has also announced that the deadline for filing income tax returns for Financial Year 2018-2019 has been extended to June 31, 2020.

The deadline for Aadhar-PAN linking has been extended to June 30. The interest charged on delayed deposits of TDS has been lowered from 12 per cent to 9 per cent and will be charged till June 2020.

In her address, the FM also said that customs clearance has been made an essential service and hence will continue to operate 24/7 till June 30, 2020. Vivad se Vishwas tax dispute resolution scheme has been extended by three months to June. Those willing to utilise the scheme will not have to pay a 10 per cent additional charge.

According to the FMs announcements, debit card holders can now withdraw cash from any ATM without being charged a fee, even if the ATM is not of the bank the cardholder has their account in. The minimum balance charges have also been removed on all bank accounts for three months.