Finance Minister Nirmala Sitharaman expressed hope that as the current year comes to an end, the Centre's interventions in the form of economic reforms are working and the measures will continue with a strong emphasis on infrastructure 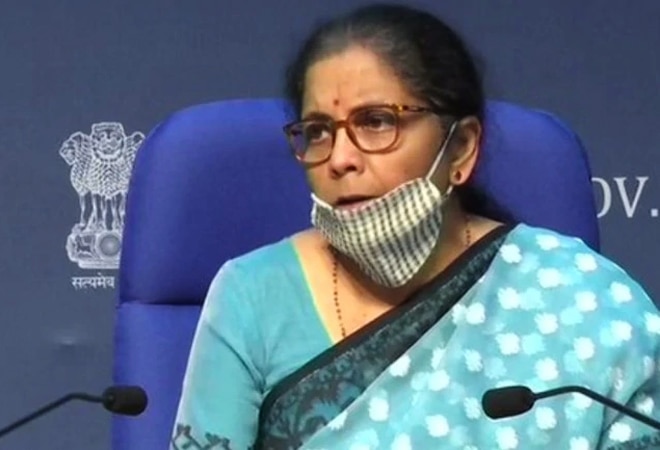 Finance Minister Nirmala Sitharaman has said that although recent economic data points towards a rebound in the economy, sustaining the numbers in the coming months will make revival certain.

FM Sitharaman expressed hope that as the current year marred by COVID-19 pandemic comes to an end, the Centre's interventions in the form of economic reforms are working, and the measures will continue with a strong emphasis on infrastructure.

"A positive message is coming, whether it is increased GST collections, car and two-wheeler figures, exports, FDI inflows, forex reserves, PMI numbers, or the rural economy sustaining its positive growth. All this gives hope that it is sustaining, but on a note of caution, I will still say I wish we can get on a firmer ground sooner and talk with a lot more certainty," the finance minister told the Times of India.

The gross GST revenue collected in the month of October amounted to Rs 1.05 lakh crore, 10 per cent higher than the GST revenue in the same month last year.

The government said that the October collection was better than the preceding months of July, August, and September, and hence shows a recovery of the economy.

She further stated that better storage, better preservation of perishable goods, and systemic reforms can help a great deal, and the government is working on them.

The finance minister added that the next Budget will zero in on infrastructure and reforms and said that Prime Minister Narendra meeting with global investors on November 5 will be "one of the major catalytic points in bringing investors to build infrastructure." She told the publication that "once money goes into infrastructure, it has a very strong multiplier effect."

When asked about the distribution of COVID-19 vaccines, FM Sitharaman clarified that the logistics required to facilitate the vaccines to every district in the country are "all worked out and laid down" and the "progress on an India-developed vaccine is very satisfying."