The Finance Ministry has reached out to Swiss authorities to provide details pertaining to the pre-2011 period on bank accounts held by the country's tax evaders. 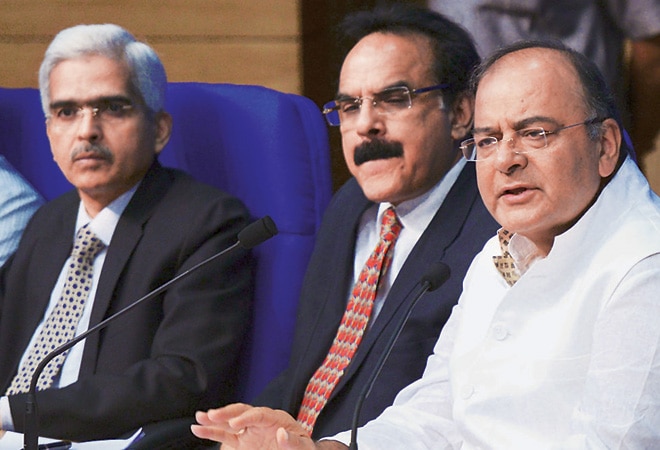 The Finance Ministry has taken up with the Swiss authorities the issue of providing information pertaining to the pre-2011 period on bank accounts held by the country's tax evaders in the Alpine nation as this is essential to uncover the black money trail.

Revenue secretary Shaktikanta Das told Mail Today, "We have sent the Swiss authorities an official communication and are following it up as part of the effort to persuade them to provide us pre-2011 details of these bank accounts."

The Swiss authorities have dug in their heels on the ground that the new tax treaty with the government came into effect in 2011 and hence they can provide information on secret bank accounts only after this date. While Switzerland has been claiming that it is ready to disclose information on these bank accounts, its use of 2011 as a cut-off date for the banking secrecy law has become a major hurdle in the government's efforts to unearth black money stashed abroad.

Since tax evaders have already moved out their money from Swiss banks in anticipation of the new tax treaty, any information that relates to the period after 2011 will not be of any help in recovering the black money. Switzerland has also refused to share information about black money in 700-odd accounts held by Indian nationals at HSBC's Swiss bank branches on the pretext that the information was being sought on the basis of stolen data.

Das said, "Persuasion is the only way we can get the Swiss authorities to share the information and we are continuing with the effort." He also disclosed that the government is in touch with the Organisation of Economic Cooperation and Development on the issue.

Senior Indian Revenue Service officials are of the view that Switzerland is more forthcoming when it comes to requests from powerful countries such as the United States but it does not seem to treat India on the same footing.