Speaking to opinion makers and analysts in New Delhi, the finance minister said the LTCG was introduced in 2018 and market volatilities are not letting her make a reasonable estimate on it 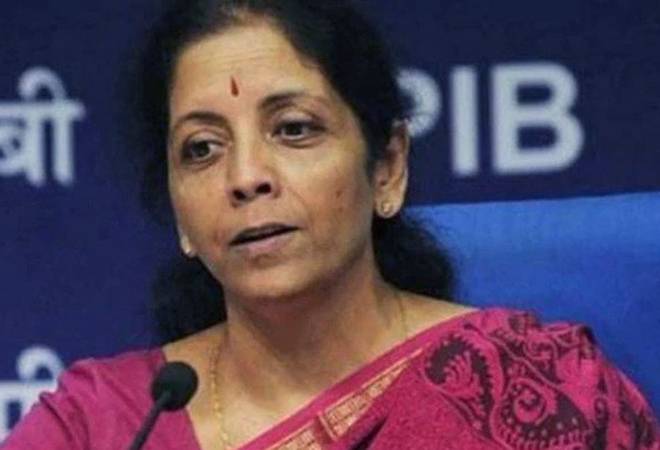 Finance minister Nirmala Sitharaman Friday said that her ministry will wait for one more year to take a call on long term capital gains tax (LTCG). Sitharaman has come under criticism for not repealing the tax.

Speaking to opinion makers and analysts in New Delhi, the finance minister said the LTCG was introduced in 2018 and market volatilities are not letting her make a reasonable estimate on it.

"Much before let us say I have burnt my fingers, I am told withdraw it. The reason why we didn't go that far on LTCG is because let us have an assessment at least one-year of a normal response to a tax. Lets us hope this year, after which we would take up considered view," she said.

Talking about the dividend distribution tax (DDT), FM Sitharaman explained that the responsibility was shifted to the investor's applicable rate from the company to reduce middle-class investors' outgoes.

Stock market benchmark indices had tanked by over 2.5 per cent on the budget day last Saturday. Experts opined that investors were peeved at the absence of any action on LTCG and the shift on DDT.

Revenue Secretary Ajay Bhushan Pandey said that the government's view is that all kinds of incomes need to be taxed, and not levying it on a particular stream like LTCG will create arbitrage opportunities.

She had an interesting duel with veteran i-banker Hemendra Kothari and Motilal Oswal, the promoter of a brokerage house named after himself at the session over the two taxes.

Oswal pointed out that the DDT move is pinching promoters dearly because they are anyways in high tax bracket and claimed that the overall outgo is going till 58 per cent.

"You (Oswal) are talking about one section, whereas we thought that we want to put money in the hands of the other section which is the retail," she said.

Also Read: NRIs to be taxed only on Indian income, not foreign, says FM Sitharaman

When Oswal replied saying promoters may not declare dividends at all because of the tax liability, Sitharaman had an interesting retort. "Will the shareholders be tempted to go to the company which does not pay dividends?"

Later, she clarified at a press conference that a lot of thought was given to the issue of DDT.

"The middle class will pay lesser than what they were paying. a middle-class shareholder will have more money now," she said.

Meanwhile, on concerns regarding an ambitious divestment target of Rs 2.10 lakh crore, Economic Affairs Secretary Atanu Chakraborty said they are confident of achieving the "reasonably decent" target. He said there are spillover transactions of BPCL and Concord, IDBI Bank and LIC on the financial side, which will ensure that the money gets mopped up.

Additionally, there is also up to Rs 70,000 crore from minority stake sales in companies which the government will be collecting, he said.

Chakraborty also said that spectrum sale revenues on 5G or AGR receipts are not included in the Rs 1.33 lakh crore target from the communications front, exuding confidence that the ministry will be able to mop-up the figure.

Meanwhile, Sitharaman lauded the "dynamism" of Reserve Bank in responding to the budgetary move by extending the restructuring scheme for small businesses, and also welcomed the changes on cash reserve ratio against lending to certain sectors of the economy.

On the changes in the cooperative banking laws, she made it clear that the powers of the registrar of cooperative societies at the state level have not gone down but explained that the monitoring of entities has gone up to restore credibility in banking.

"If you are being called a 'bank', it will be only then that it will be regulated by the RBI so that the credibility of the banking functions in India are kept intact," she said.

YES Bank gets shareholders' approval to raise up to Rs 10,000 crore