The government has sought Rs 8,820.62 crore as grants for Union territories Jammu & Kashmir and Ladakh in lieu of the erstwhile state's share of 14th Finance Commission Award 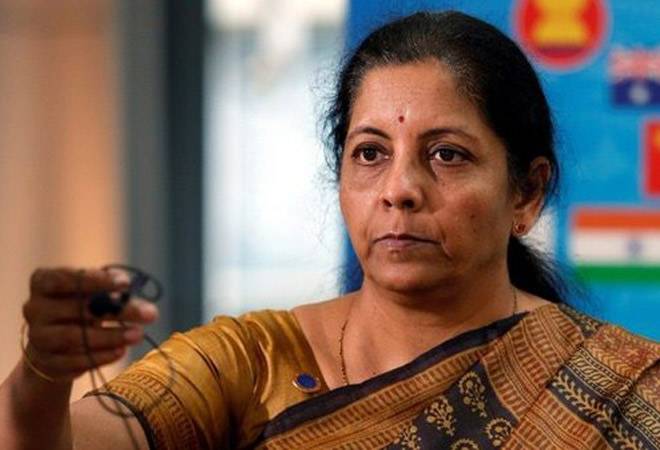 Finance Minister Nirmala Sitharaman on Thursday sought Parliament approval to spend an additional Rs 21,246.16 crore, including over Rs 8,820 crore in the newly formed union territories of Jammu & Kashmir and Ladakh, in the current fiscal ending March 2020.

Sitharaman tabled the first batch of Supplementary Demands for Grants for the financial year 2019-20 in both the Houses of Parliament saying of the total spend, cash outgo will be about 19,000 crore.

The government has sought Rs 8,820.62 crore as grants for Union territories Jammu & Kashmir and Ladakh in lieu of the erstwhile state's share of 14th Finance Commission Award.

Another Rs 4,557 crore will be infused in the IDBI Bank through recapitalisation bonds, while Rs 2,500 crore will go into recapitalsation of state-owned insurance companies.

The Union Budget for FY20, presented in July, had estimated a total government spending of Rs 27.86 lakh crore, excluding expenses of public-sector companies.

The finance minister sought Rs 1,500 crore to meet the additional expenditure towards payment of pay and allowance of armed forces and another Rs 666 crore for meeting expenditure of Department of Space.

Also read: 'Not a recession yet': FM Sitharaman calms nerves on economic slowdown

As much as Rs 3,387.46 crore has been provided in the supplementary demands for grants for meeting expenditure towards salaries and cost of the ration of police.

About Rs 1,000 crore has been sought for providing additional funds under the scheme for free LPG connection to poor households.

A sharp cut in corporate tax rates and lackluster growth in goods and services tax collections, amid a marked downturn in the economy, have squeezed government finances this year.

The Indian economy expanded by 5 per cent in April-June, its slowest annual pace since 2013 and the projections are that it may have slowed down further in the second quarter, making six consecutive quarters of slowing growth, a first since 2012.

This despite a recent series of fiscal stimulus, including a reduction in corporate tax rates.

Growth outlook has weakened sharply this year, with a crunch that started with the non-banking finance institutions spreading to retail businesses, car-makers, home sales and heavy industries.

So far, the government has maintained that it will stick to the fiscal deficit target of 3.3 per cent of GDP for 2019-20 and has no plans to revise it.

Who will be Aditya Puri's successor? HDFC Bank sets up panel to shortlist candidates