After several years of dry spell, India is finally enjoying a monsoon bounty this season. 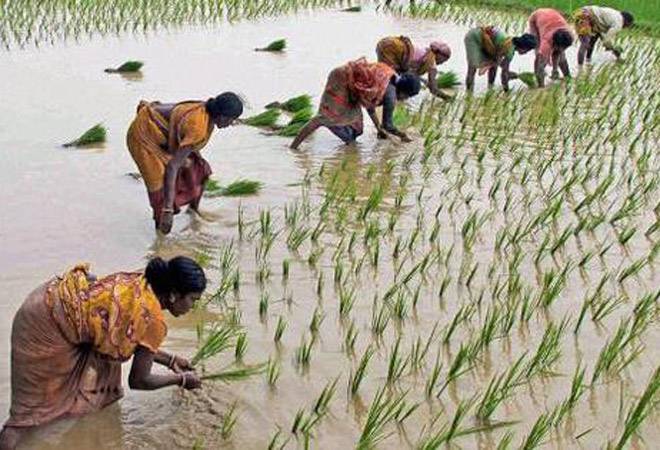 After several years of dry spell, India is finally enjoying a monsoon bounty this season. Attributed to the absence of El Nino - a global phenomenon which generally causes rains to dry up in India - the life-giving 'southwest monsoon' has performed brilliantly so far.

As per the India Meteorological Dept.(IMD), the cumulative rainfall received till Sunday across the country was 103 per cent of the benchmark Long Period Average (LPA). Barring some parts of south India - Kerala, Karnataka and Tamil Nadu - rains have lashed almost the entire parched landmass of the country. In fact, the northwest and central parts of India have reported 'excess' rainfall with 116 per cent and 113 per cent of the LPA respectively.

Resultantly, Gujarat and Rajasthan have seen floods. South India got 91 per cent and east and the northeast got 90 per cent. Assam is also reeling under water with all its major rivers - Brahmaputra and its tributaries - overflowing. In cheerful news to the farming community and whole economy of India, the foodgrain production is expected to be spectacular.

A good rainfall not just leads to heavy sowing of crops - rice, pulses and cotton - but strengthens the purchasing power in rural areas, affecting the urban economy in turn. "The monsoon is fairly active till now and it hasn't taken any breaks," said KJ Ramesh, director general of India Meteorological Department.

"It may take a break in August and September which could last for about a week to 10 days, but that would only be in north India which has got its fair share already. South India would likely get more," he added hopefully.

Researchers from the prestigious Massachusetts Institute of Technology (MIT) have also said recently that monsoon has strengthened over north central India in the last 15 years. This indicates a reversal in the general perception that the region has dried up in over a decade. Their paper was published in the Nature Climate Change journal. "A shift in India's land and sea temperatures may partially explain this increase in monsoon rainfall.

Since 2002, a drying trend has given way to a much wetter pattern, with stronger monsoons supplying much-needed rain, along with powerful, damaging floods, to the populous north central region of India," said Chien Wang, a senior research scientist in MIT, and author of the study.