Gokhale's visit coincides with China's biggest international event, called the Belt and Road Forum, where the country is set to showcase its trillion-dollar Belt and Road Initiative. 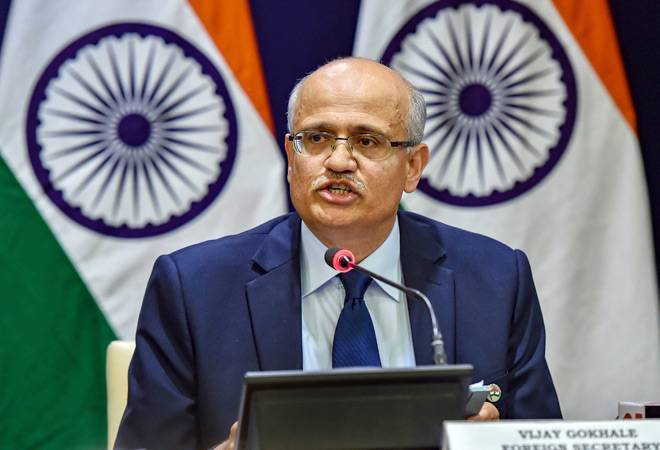 Foreign Secretary Vijay Gokhale is on a two-day visit to China's Beijing. He is likely to hold talks with Chinese Foreign Minister Wang Yi about a host of issues, including China's role in blocking India's attempts to list JeM terrorist Masood Azhar as a "global terrorist". Gokhale is scheduled to meet China's State Councillor and Foreign Minister Wang Yi on April 22.

Gokhale was India's Ambassador to China before he took over as Foreign Secretary. His visit to China takes place amid close discussion between India and China following the Pulwama attack carried out by Jaish-e-Mohammed, in which 40 CRPF personnel were killed.

Following the dastardly attack, the US, UK and France moved a proposal to designate Masood Azhar as a "global terrorist". However, China stalled it for the fourth time by putting a technical hold on the resolution, a move India termed as disappointing.

Gokhale's visit coincides with China's biggest international event, called the Belt and Road Forum, where the country is set to showcase its trillion-dollar Belt and Road Initiative. The $60 billion worth China-Pakistan Economic Corridor (CPEC) is a flagship project. India has protested against CPEC as it is being laid through Pakistan-occupied Kashmir (PoK).

While India is expected to skip the BRF meeting being held here from April 25-27, informed sources said there was no invitation from China to the leadership of India or at the Ministerial level to attend event.

However, the Indian Embassy in China said that Gokhale will be visiting the country for regular consultations.

Also read: China asks for duty-free import of 85% of its products into India