Sales of refined fuels, a proxy for oil demand, fell to 14.39 million tonnes in August, about 16% lower from a year earlier, its sixth consecutive year-on-year slide 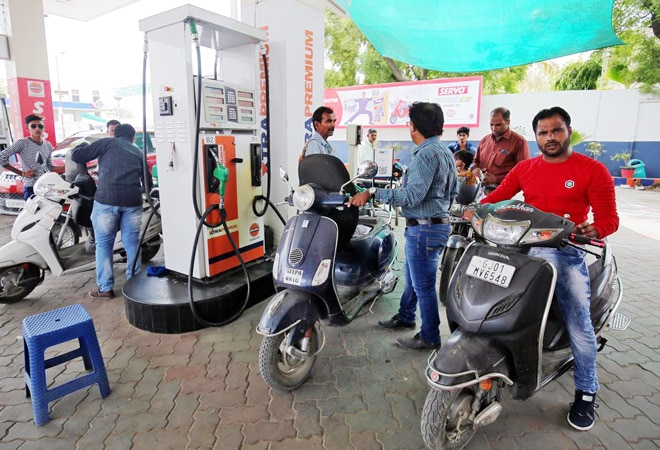 On an annual basis, demand for diesel declined about 20.8%

India's fuel demand slipped further in August and posted its biggest monthly decline since April, as a surge in coronavirus infections continue to throttle economic activity and transportation, government data showed on Wednesday

Coronavirus cases has soared past 4.3 million on Wednesday making India the second worst-hit country in the world. Sales of refined fuels, a proxy for oil demand, fell to 14.39 million tonnes in August, about 16% lower from a year earlier, its sixth consecutive year-on-year slide.

It also fell 7.5% from the prior month, its biggest month-on-month decline since April, data from the Petroleum Planning and Analysis Cell (PPAC) of the Ministry of Petroleum and Natural Gas showed. Consultancy Energy Aspects lowered their Q4 2020 Indian oil demand forecast by 0.43 million barrels-per-day, citing soaring infections and uncertainty over further restrictive measures, which will continue to limit the pace of recovery.

Diesel consumption, a key parameter linked to economic growth and accounts for about 40% of overall refined fuel sales in India, fell by about 12% to 4.85 million tonnes last month from 5.51 million tonnes in July.

On an annual basis, demand for diesel declined about 20.8%. Falling monthly diesel sales indicate a slowing economic and industrial activity. Sales of gasoline, or petrol, fell by 7.4% from a year earlier to 2.38 million tonnes, although it rose 5.3% from 2.26 million tonnes in July, as consumers preferred driving to using public transportation.

"With increased travelling ahead of and over the festive holidays in October and November, we expect a further quarter on quarter increase in gasoline demand in Q4 20," Energy Aspects said. India's economy contracted 23.9% in the June-quarter as consumer spending, private investments and exports collapsed during the lockdown imposed in late March to curb the coronavirus outbreak.

Heavy floods in some Indian states, such as Gujarat, Assam and Odisha, also disrupted life and hit industrial and construction activity. August naphtha sales decreased by 24.6% to 1.07 million tonnes from a year earlier and was down 16.4% from July. Sales of bitumen, used for making roads, rose 39.1% on an annual basis, but was down about 18% month-on-month.

US revokes more than 1,000 visas of Chinese nationals over 'military links'