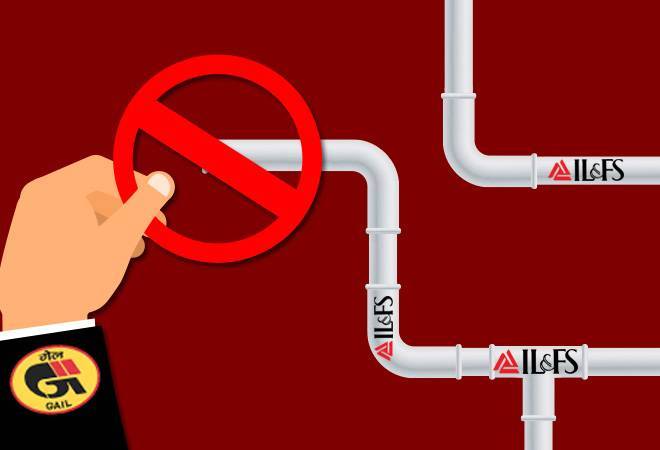 The Modi government's ambitious 2,655 km-long Jagdishpur-Haldia/Bokaro-Dhamra Pipeline (JHBDPL) project, also known as the Pradhan Mantri Urja Ganga project, has hit a speed-breaker and is unlikely to meet its targeted deadline.

India's single-largest pipeline will pass through Uttar Pradesh, including Prime Minister Narendra Modi's constituency Varanasi, Bihar, Jharkhand, West Bengal and Odisha, and is expected to usher in industrial development in the eastern part of the country.

But the latest buzz is that the IL&FS debt default crisis has thrown a spanner in the works. With the financially-troubled contractor unable to make progress on two pipeline contracts that it had bagged, state-owned gas utility GAIL is planning to terminate the contracts and issue fresh tenders, The Economic Times reported.

In December 2017, IL&FS Engineering and Construction Company Ltd, a unit of the troubled IL&FS, had announced landing a Rs 216-crore contract from GAIL for pipeline laying works along a 157.8 km stretch on the JHBDPL  project's Dobhi-Durgapur-Haldia section along with 13.28 km long spur-line. In a regulatory filing, the company had stated that the contract was to be mechanically completed in 15 months.

Then last April, the company announced landing another contract from GAIL, this time for a 95.4 km stretch on the Bokaro (Jharkhand) to Angul (Odisha) section of the pipeline project. "The total value of the contract is Rs 129.66 crore plus 18% GST i.e Rs 153 crore, and is to be mechanically completed in 12 months," IL&FS Engineering and Construction Company informed the exchanges. The two contracts combined were worth Rs 369 crore.

The mandate for the remainder parts of these two stretches, altogether about 850 km long, have been awarded to other contractors. GAIL had aimed to ready these by the end of 2019 but IL&FS' sluggishness could become a hurdle.

"Due to its financial crisis, IL&FS is unable to pay its subcontractors and suppliers. So, these sub-contractors have stopped working and vendors have stopped supplies. This can delay the entire project," sources told the daily. Some IL&FS executives linked to the two contracts have also quit. Hence, after holding multiple meetings with the company's officials, GAIL has now concluded that new contractors will have to be brought in to meet project deadlines. They added that fresh tenders for the two stretches will be issued by the end of next month.

This is not the only contract that the IL&FS Group has lost in recent times for slow progress. On January 15, the state-owned National Highways & Infrastructure Development Corporation Limited (NHIDCL) terminated IL&FS Transportation's contract for building the strategic Zojila tunnel to provide all-weather connectivity between Srinagar, Kargil and Leh in Jammu and Kashmir - a Rs 6,809-crore project. Four days previously, another subsidiary lost a Rs 37.66 crore contact from the Gujarat Metro Rail Corporation.

Meanwhile, such delays don't bode well for the Rs 12,940 crore Urja Ganga project, which will not just supply CNG to automobiles and cooking gas to household kitchens in cities along the five-state route, but also to industries to meet their feedstock or fuel requirement. In fact, this pipeline is seen to be crucial to the planned revival of three fertilizer units in Uttar Pradesh, Bihar and Jharkhand.

But an undeterred GAIL is already looking to extend the pipeline project to Guwahati, Assam. In November the PSU had announced that it had purchased steel pipes worth Rs 1,100 crore for laying the 729-km Barauni (Bihar)-Guwahati pipeline, which will act as a branch line from main pipeline.

IL&FS debt fiasco: Not a Lehman moment for India but a wakeup call for the government