Economic growth for Q2 to be subdued at 5.2 per cent, says Dun and Bradstreet report

Industrial production number is likely to remain sluggish for September as structural hurdles would continue to impede a meaningful recovery in the manufacturing sector. 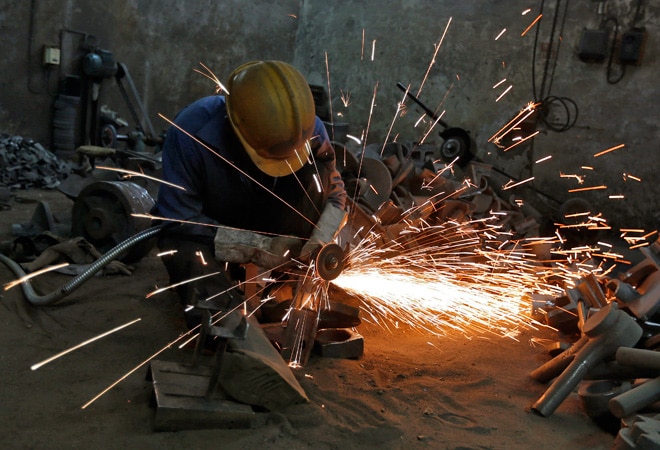 The economic growth rate for the second quarter of the current financial year is likely to be "subdued" at 5.2 per cent and a revival can be expected only from the last quarter of 2014-15, says a Dun and Bradstreet report.

The deceleration in credit growth coupled with expected weak rural demand owing to erratic monsoon and substantial shortfall in production of various kharif crops point towards moderation in GDP growth during Q2 FY15, it said.

D&B expects the GDP to grow by 5.2 per cent in Q2 (the July-September quarter) of this fiscal year.

"The pessimism prevailing regarding the global growth prospects along with the domestic issues reiterate our stance that a revival in economic growth can be expected only from the last quarter of FY15," Dun & Bradstreet India Senior Economist Arun Singh said.

Industrial production number is likely to remain sluggish for September as structural bottlenecks would continue to impede a meaningful recovery in the manufacturing sector.

"The sluggish growth in industrial production has undermined hopes of a sharp rebound in manufacturing. The festive season may not bring much of a cheer to the consumer durables sector owing to the adverse impact of uneven rainfall on crop production and rural incomes," Singh said.

On inflation, the report said that even as the current easing of WPI and CPI inflation augurs well for the economy, an accurate assessment of the price situation can be made only post November 2014 when the statistical base effect wanes off.

Retail inflation dropped to 6.46 per cent in September, while September wholesale price inflation to a five year low of 2.38 per cent.

Moreover, the substantial shortfall in production of various kharif crops could lead to firming up of prices of cereals and pulses in the near term.

"In sum, a broad-based revival in investment and consumer sentiment is contingent on addressing structural issues in areas such as coal supplies and agriculture, simplification of business and taxation rules and resumption of various stalled projects," Singh said.