Tonby pointed out that the persistent economic slowdown in the country, coupled with other problems like tensions within and outside the country, environment sustainability has the companies worried 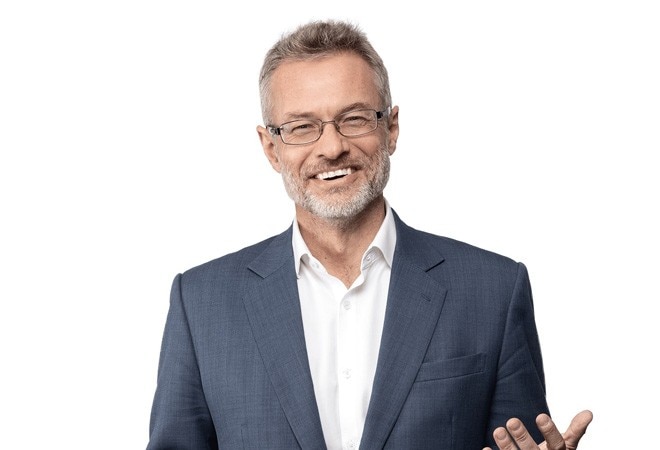 While India seems to be going through a tough phase economically, global corporate executives expect the country to bounce back in the days to come, said Oliver Tonby, Chairman of Asia at McKinsey in an interview on the sidelines of the World Economic Forum 2020 at Davos. Tonby said that even though corporate tax cuts have put India in a positive light globally, companies around the world are still apprehensive about their prospects in the country.

Talking to Rahul Kanwal, News Director, India Today, Tonby pointed out that the persistent economic slowdown in the country, coupled with other problems like tensions within and outside the country, environment sustainability has the companies worried.

"Many of the senior executives are optimistic about India, especially in the long run. We still have 5-6 per cent growth. We have a lot of people coming out of poverty into consuming class, more so in India than almost any other, bar China perhaps. You have technology disruption that is helping. We can leapfrog in multiple sectors and we see that happening in spades in India. You also see entrepreneurialism. India now has more unicorns than Germany. Those unicorns are getting to that state faster than anywhere in the world. In the medium to long term, the buzz is realistic optimism," he added.

Tonby stated that the economic outlook around the world is gloomy, and India is no different. "There are 140-odd Indian companies in the 5,000 biggest companies of the world. They represent a value destruction of about $30 billion in the 2015-17 period. Now if you 'double-click' on a few sectors, you'll see significant decrease in energy and materials, a significant decrease in the financial sector. You will see a couple of sectors holding steady, more or less, like capital goods. And you'll see a positive increase in, for example, tech. So it's quite a nuanced picture sector-by-sector," he said.

On corporate tax cuts for manufacturing sector in India, Tonby stated that global companies have started to see India as a favourable destination. But many companies find India complicated. "So many companies look at India, and they are a little bit scared around how do I actually operate in India and how do I become successful," said Tonby.

To attract more foreign investment, the McKinsey Asia Chairman emphasised that India needs to provide level playing field where even foreign companies can participate. "More importantly, we want Indian companies thriving as well, and even more Indian companies going outside India. You see many national champions who have ventured outside India... and absolutely made marks for themselves."

CLICK HERE TO WATCH:We are optimistic about India in the long run: Oliver Tonby, chairman of McKinsey, Asia