Gold prices in India traded at a premium this week for the first time in more than three months after a spurt in purchases ahead of a key festival next week and as regulations eased. 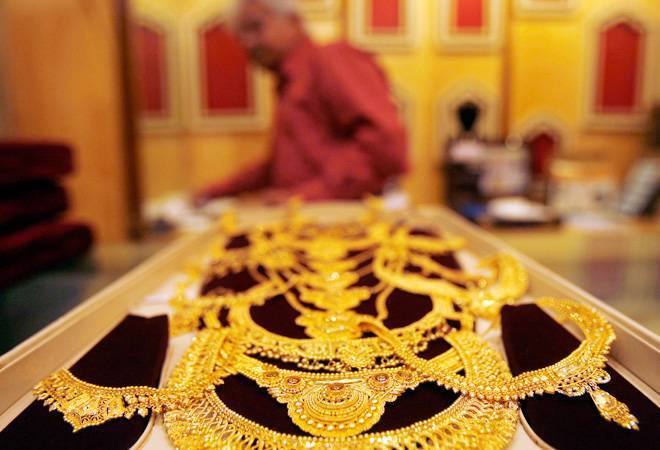 Gold prices in India traded at a premium this week for the first time in more than three months after a spurt in purchases ahead of a key festival next week and as regulations eased. Indian authorities last week withdrew the amendment to the Prevention of the Money Laundering Act (PMLA) that had made jewellers subject to anti-money laundering legislation.

Jewellers felt the PMLA required them to keep records of customers' personal identification number or tax code for transactions above 50,000 rupees ($771), limiting gold sales by buyers hesitant to give the information.

Investor sentiment has improved since the government withdrew the PMLA notification, said Harshad Ajmera, proprietor of JJ Gold House, a wholesaler in the eastern Indian city of Kolkata. "Jewellers are increasing purchases expecting healthy retail demand during Diwali." Indians will celebrate Diwali next week, a holiday period when buying gold is considered auspicious.

"Dussehra (festival) sales were disappointing due to the PMLA. Now since the rule has been withdrawn, we are expecting good demand," said Arjun Raychaudhuri, managing director of MMTC-PAMP India, the biggest refiner in the country, referring to sales during a major festival late last month.

Dealers charged a premium of up to $2 an ounce this week, for the first time since July 8. Last week, they offered a discount of up to $3 an ounce. The domestic price includes a 10 percent import tax. Local gold prices MAUc1 were trading around 29,760 rupees per 10 grams on Friday, up nearly a percent from last week.

In top gold consumer China, premiums rose to between $9 and $14 per ounce over global spot benchmark rates, from $8-$10 range offered two weeks ago, on an appreciating Chinese yuan and as investors returned from the Golden Week holidays.

"Buying has not been very active, especially with prices near $1,300 an ounce. There was some demand when prices were near the $1,270 levels," Ronald Leung, chief dealer at Lee Cheong Gold Dealers in Hong Kong.

In Hong Kong, premiums were nearly unchanged around 40 cents-$1.10 an ounce, while Singapore premiums shrank to 50-60 cents from about 80 cents last week. "Demand has been quiet this week. People are waiting for gold to move either up or down by around $20-$30," a Singapore-based physical dealer said.

In Japan, gold was sold at par with the benchmark, versus a discount of 30 cents offered last week.