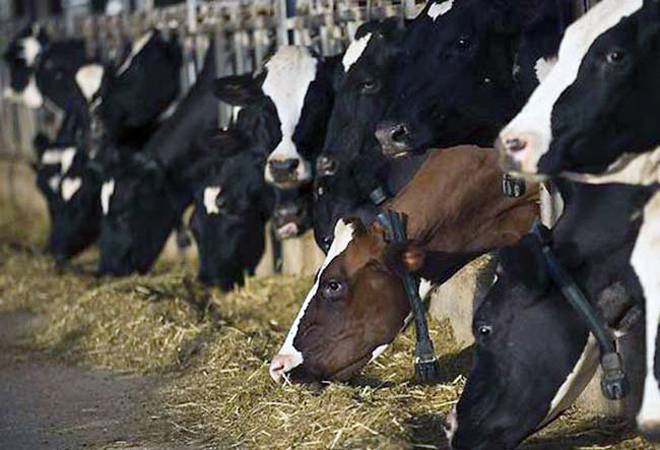 The government on Wednesday announced a Rs 15,000 crore infrastructure development fund with an interest subsidy scheme to promote investment by private players and MSMEs in dairy, meat processing and animal feed plants, a move which is expected to create 35 lakh jobs.

The fund is part of the Rs 20 lakh crore stimulus package announced in May to help people affected by the lockdown to prevent the spread of COVID-19.

An interest subvention of 3-4 per cent will be provided to farmer producer organisations, MSMEs and private players for setting up of dairy, meat processing and animal feed plants, an official release said.

Briefing about the Cabinet decisions, Information and Broadcasting Minister Prakash Javadekar said: "A Rs 15,000 crore fund has been approved by the Cabinet that will be open to all and will help in increasing milk production, boost exports and create 35 lakh jobs in the country."

"However, the MSMEs and private companies also need to be promoted and incentivized for their participation in processing and value addition infrastructure in the animal husbandry sector," he said.

The AHIDF would promote infrastructure investments in dairy, meat processing and animal feed plants. Farmer producer organizations (FPOs), MSMEs, Section 8 companies, private companies and individual entrepreneurs would be eligible to benefit from the fund, he added.

The minister said the beneficiaries will have to contribute 10 per cent margin towards the proposed infra project and the rest 90 per cent would be a loan component to be made available to them by scheduled banks.

"For the first time, we will give interest subvention up to 3 per cent to private players for setting up of processing infrastructure for dairy, poultry and meat," he added.

Aspirational districts are those that are affected by poor socio-economic indicators. There are about 115 such districts in the country.

The government said that there will be a two-year moratorium period for repayment of loans with six years repayment period thereafter.

Besides, the Centre would also set up a Credit Guarantee Fund of Rs 750 crore to be managed by National Bank for Agriculture and Rural Development (NABARD) which would provide credit guarantee to the projects which are covered under the MSME defined ceilings. The guarantee coverage would be upto 25 per cent of the credit facility of the borrower, it added.

Highlighting the benefits of the new infra fund, the government said there is huge potential waiting to be unlocked through private sector investment in the animal husbandry sector.

"The AHIDF with the interest subvention scheme for private investors will ensure availability of capital to meet upfront investment required for these projects and also help enhance overall returns/ pay back for investors," it said.

Such investments in processing and value addition infrastructure by eligible beneficiaries would also promote exports. Since almost 50-60 per cent of the final value of dairy output in India flows back to farmers, the growth in this sector can have a significant direct impact on farmer's income, it said.

Size of the dairy market and farmers' realization from milk sales is closely linked with development of organized off-take by cooperative and private dairies.

Thus, investment of Rs 15,000 crore through AHIDF would not only leverage several times more private investment but would also motivate farmers to invest more on inputs thereby driving higher productivity leading to increase in farmers income, it added.