Govt employees, car and pucca house owners in city to be ineligible for NYAY: Abhijit Banerjee

Only the poorest of the poor will be targeted in the first year which is relatively easy, however, it will be more difficult to identify the second phase of beneficiaries as the data is nearly a decade old, Banerjee said. 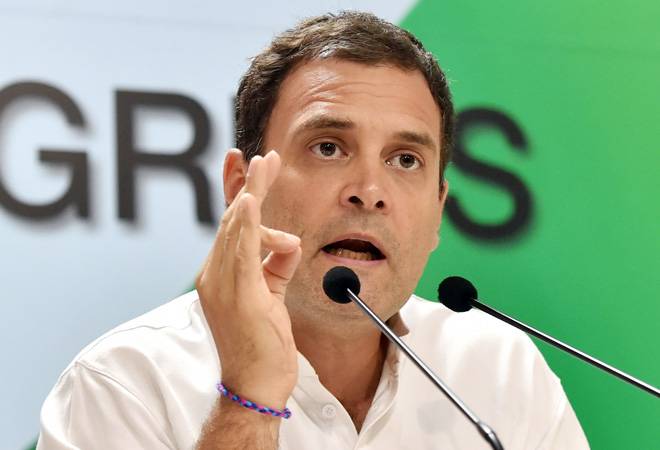 This exclusion criteria for NYAY scheme will be based on the Social Economic Caste Census 2011.

MIT professor Abhijit Banerjee who was consulted by the Congress Party before it introduced the minimum income guarantee programme says NYAY will be implemented in two phases and will involve a set of exclusion criteria that will make government employees, car owners or owners of a pucca house in a city or a large village automatically ineligible for the scheme aimed at the poor. This exclusion criteria will be based on the Social Economic Caste Census 2011.

"The first year they're only aiming for the poorest of the poor who're actually relatively easy to target. The easiest people to target are the people who are at the very bottom because they live outside villages. They often live in specific hamlets for the Jatavs or some discriminated communities so it's relatively easy to identify. So a combination of geography, the SECC will give them a reasonably good guess," Banerjee told India Today TV.

It will be, however, more difficult to identify the second phase of beneficiaries of the bottom 10-20 per cent as the SECC data is nearly a decade old and may not be entirely reliable. Also, identifying those earning less than Rs 12,000 per month would be the toughest challenge. "For that, probably they'll need to update the SECC 2011 which is 8 or 9 years old. So the second tranche-the 10-20 per cent-gets harder because they are a little less distinguishable from the rest," says Banerjee.

To this end, Banerjee says he has recommended that the scheme should be flexible enough to allow the community to identify additional beneficiaries, if need be. "You have to allow a scope for the community when a community comes back and says X is somebody who really needs to be included. You have to include X. You can't say our numbers says he's just above the line. You have to have the attitude that if you aim for 10 per cent, you're going to get 12 per cent. But that's OK. That is the right way to do," says Banerjee.

In seeking advice from the leading Indian and international economists from around the world, Congress was keenest on data which is hard to come by. "Just what's the income distribution; where is the cut-off; where should we set the poverty line; how many people are below a certain level. Those kind of numbers. That's the place where we mostly contributed by just trying to provide numbers where there aren't any very good numbers. Thanks to our very broken data collection apparatus," says Banerjee.