PM Modi wants to complete the bullet train project by 2022, to mark the 75th year of Independence 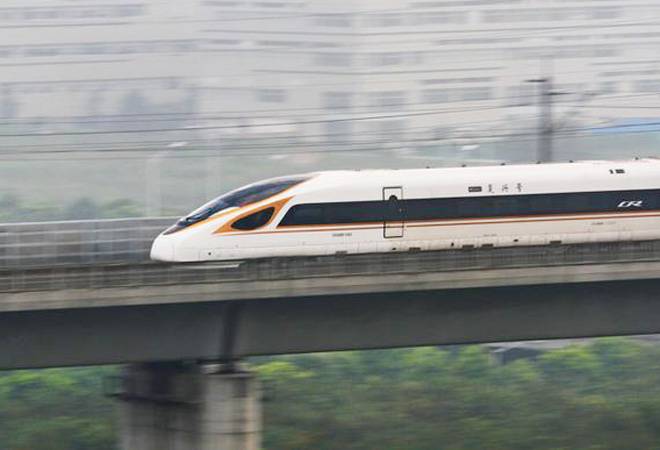 Even as Maharashtra Chief Minister Uddhav Thackeray has questioned the high costs and feasibility of the bullet train project, it has now emerged that the Union government has allotted Rs 5,600 crore for the ambitious project for fiscal 2020-21.

Sources in the National High-Speed Rail Corporation said a provision of Rs 5,600 crore has been made for the 500- km rail project, modelled on the lines of Japan's famous bullet train.

Apart from the Centre's contribution, there is also a move to get Rs 5,000 crore from Maharashtra and Gujarat, which own a fourth of equity in the project, in the form of extra-budgetary resources (EBR), the Western Railway's 'Pink Book' said.

It can be noted that in FY20, the two states collectively contributed Rs 1,000 crore in EBR towards the project.

The Japan International Cooperation Agency (JICA) has made a soft loan commitment of Rs 1.10 lakh crore to execute the project.

The Union government-controlled Indian Railways has a 50 per cent equity stake in the project.

In her budget speech last Saturday, Union Finance Minister Nirmala Sitharaman highlighted that the high-speed train between Mumbai and Ahmedabad would be "actively pursued".

Thackeray on Tuesday likened the bullet train project to a "white elephant", saying a decision on it will be taken only after he is convinced it will boost industrial development of the state.

"Who will benefit from the bullet train? How will trade and industry in Maharashtra get a boost because of it? If it is useful, convince me and then let's go before people and decide what to do," the chief minister said, adding that there should be a comprehensive discussion on its viability.

The project has been facing stiff opposition from farmers and tribals whose lands are to be acquired.

The bullet train may be a "dream project" of Prime Minister Narendra Modi, but when you wake up, it is not a dream, you have to face the reality, Thackeray said.

"We have to see what is urgent and not take up something because we are getting a loan at zero interest or less interest. We acquire farmers' land for no reason and then look after these white elephants. This is not right," he said.

The project was launched by Prime Minister Narendra Modi and his Japanese counterpart Shinzo Abe in September 2018.

At present, Indian trains run at a maximum speed of 180 kmph, and the introduction of the bullet train is expected to mark India's shift to an era of high-speed trains capable of hitting speeds of up to 350 km per hour.

The bullet train will have 12 stations across its 500 km stretch.